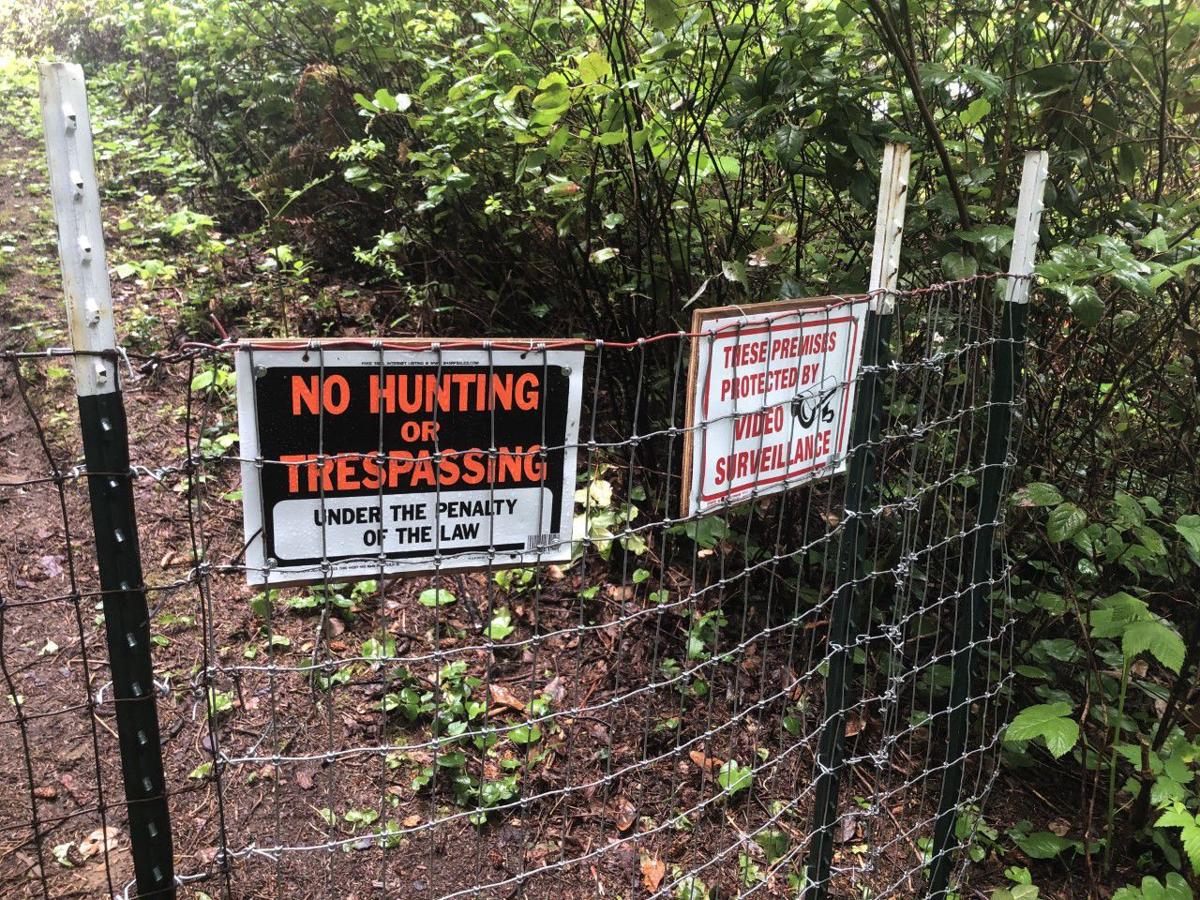 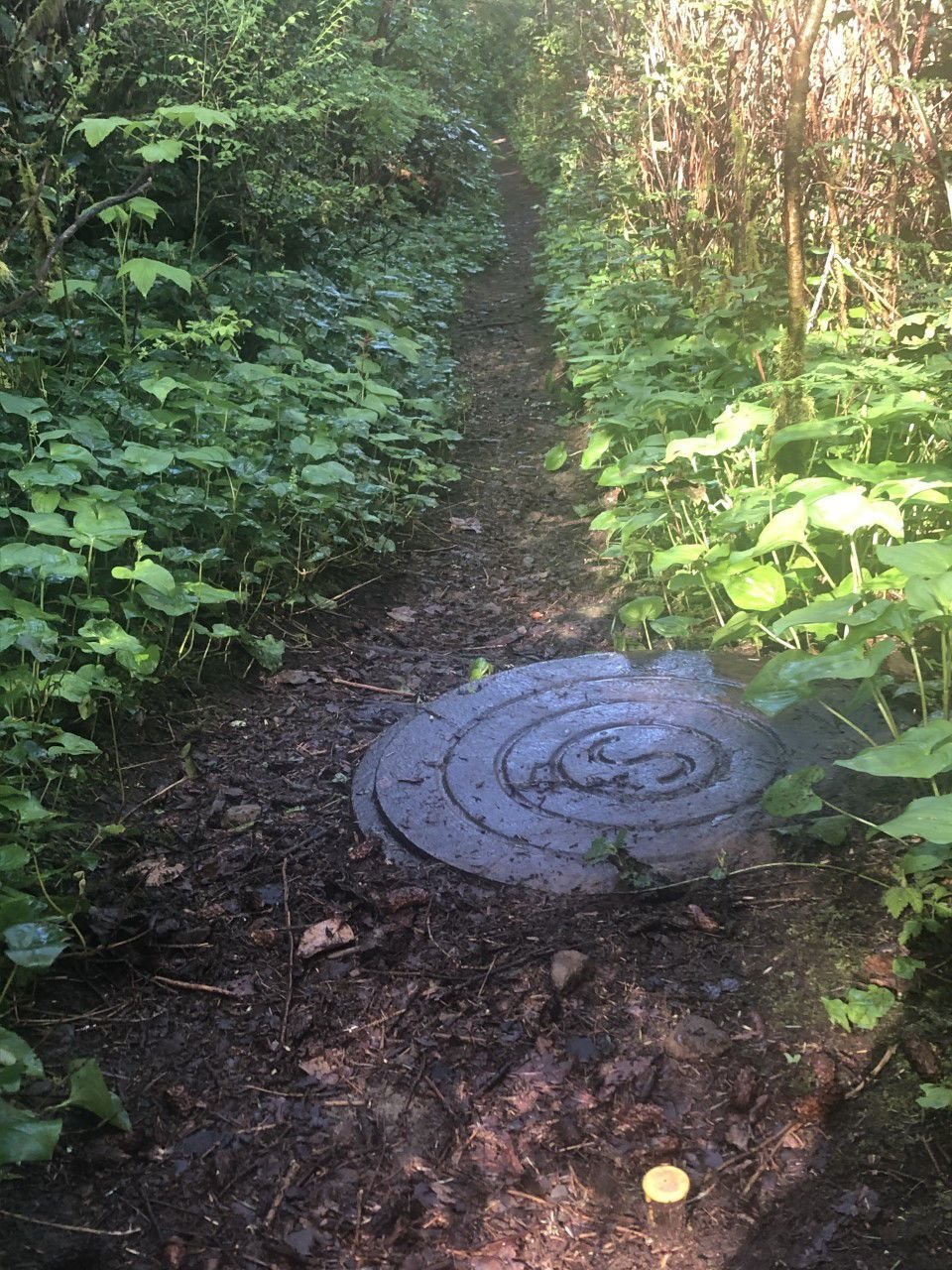 The Classic Ridge Trail Access Campaign has proposed to Manzanita City Council to permit use of a new public walking trail (‘South Cherry Trail’) where existing road right-of-way exists from Cherry Street west to Ocean Road. The volunteers wish to construct this trail for walking purposes only and it would provide beach access and an evacuation route for numerous residents of the Classic Ridge area of Manzanita.

In the event of a tragedy, Classic Ridge will likely be an escape route for many. The most recent tsunami in Oregon took place in 1964, according to a blog post by the campaign.

The Classic Ridge community represents roughly 200 households. In April 2020, all direct beach access was cut off due to closing of the dune access on Cherry Street and the barbed wire fencing of two properties that span The Doris Davis Trail that had been accessible for the last 40 years.

The Oullette’s own the properties that travel across the Doris Davis Trail. They had decided to put up the fence with barbed wire and signs stating the area was under observation.

“There are six units there,” said Rob Jordan, consultant with Idealist Consulting. “We called each other and then we reached out to Pete Anderson Realty and talked to the listing agent.”

The listing agent, David Matthews, said the Oullette’s were having trouble selling their property. Jordan said this was likely because of the high cost.

According to the campaign, the Doris Davis Trail provides a walking escape route that is roughly eight minutes from the beach. This trail was closed to the community on April 23 with barbed wire.

Jordan said they reached out to the community for volunteers. His company sponsored a website. The company works with nonprofits from Wounded Warriors Project to United States Olympic Committee and helps them build a campaign.

“The most obvious concern is beach access and then tsunamis,” Jordan said. “That was voiced upon the community saying ‘this is disturbing, we have no way to get up to the highest ground in the area and its all been blocked off.’”

High ground’ in terms of a tsunami represents a specific altitude – 50 feet about sea level. It is at these locations that designated assembly areas are established. An assembly area is a location that serves an immediate life safety purpose for immediate evacuation during a tsunami event. Groups, such as the American Red Cross, set up evacuation centers, for the purpose of long-term evacuee care.

The campaign has reached out to the property owners of the affected properties of Doris Davis Trail with no response. Jordan said the campaign asked Pete Anderson Realty to communicate with the Oullette’s.

Matthews posted on the North County Facebook page that the trail was motivated due to encroachment by residents of both the Neahkahnie and Manzanita municipalities.

“There were a few different components to it,” Jordan said. “A guy started to trailblaze a trail around Doris Davis Pond, which is that little swampy area. He blazed the trail and it ran into their property. So he had not only taken the existing trail but he routed a trail that connected a whole other neighborhood.”

Matthews suggested creating a trail on the right of way on Cherry Street.

Pete Anderson Realty stopped carrying the property. Jordan said it peculiar that they are not willing to talk with the community.

“Its going to be very difficult for them to sell their properties when they’re in the middle of a community dispute,” Jordan said. “It’s really peculiar that they’re not even making the effort to talk.”

The campaign’s hope is to open Doris Davis Trail and get the Cherry Trail approved.

“The way it’s looking right now, the Cherry Trail is probably going to end up, if we’re lucky, will be opened up first,” Jordan said.

It is possible that they could move into litigation for the Doris Davis Trail. Jordan does not think they will have any trouble winning the case.

Jordan is a former disaster action captain for the American Red Cross and served during 9/11. His job was to make sure social workers were getting transported in and out, and supporting families throughout the New York and New Jersey areas.

Classic Ridge is a high ridge that juts out to the beach. If hit by a tsunami, you want to get at least 50 feet off the ocean floor, Jordan said, but 100 feet is ideal. He said with Classic Ridge, you can get to 100 feet in the time it would normally take to get to 50 feet.

Jordan said both the Doris Davis Trail and the South Cherry Trail are recognized by Google Maps.

There are some people who are really feeling betrayed, Jordan said. A lot of people are feeling dismissed by the Oullette’s cutting off access to the trail. Now that there is a campaign, that is enough of a unified voice to allow the community to have communication.

The campaign has received a number of emails from the Classic Ridge community regarding the trail closure of Doris Davis Trail. One of the emails, from Jean and Bob, wrote that they have owned their house near the trail and had walked the trail for decades.

“When we bought the house 27 years ago, we were told that trail would always be there and accessible because it follows a sewage easement line,” Jean and Bob wrote. “It was a primary reason we chose the house we did: We loved having that beautiful wooded trail to walk down to the beach and have truly treasured it over the years.”

Jordan said that he has sent letters to both of the property owners and neither of them have replied. He said this means the community is going to demand legal action soon, but he remains hopeful the owners will respond.

Classic Ridge Trail Access Campaign is a group of volunteers from the 200 plus homeowners of the Classic Ridge and surrounding neighborhoods of Manzanita. They are dedicated to ensuring trail access to the beach community.

Are you going to watch, or did you watch, the Inauguration of President Joe Biden?

View the 1-14-21 E-Edition for The North Coast Citizen here!