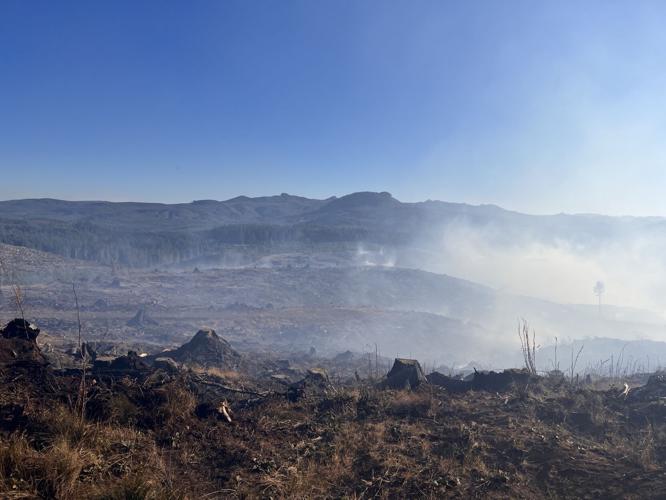 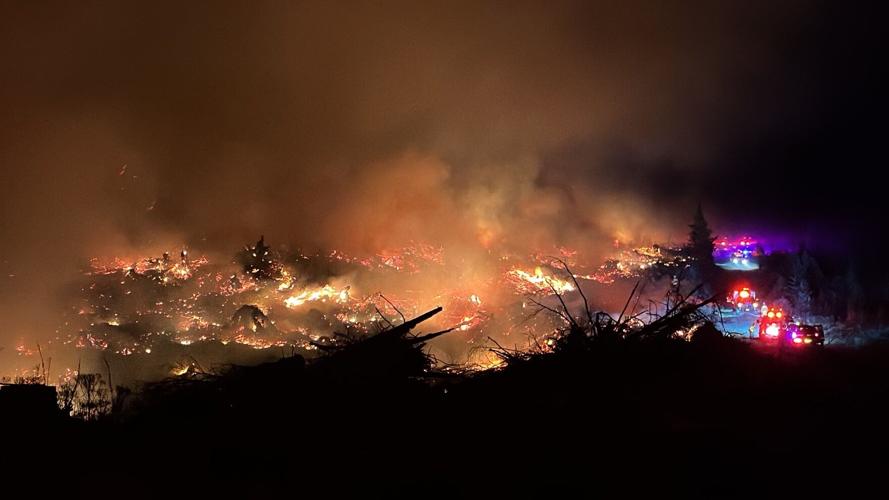 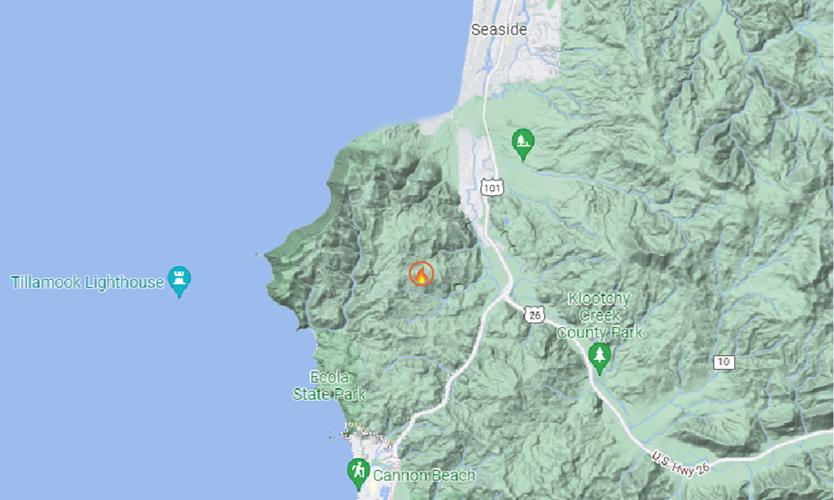 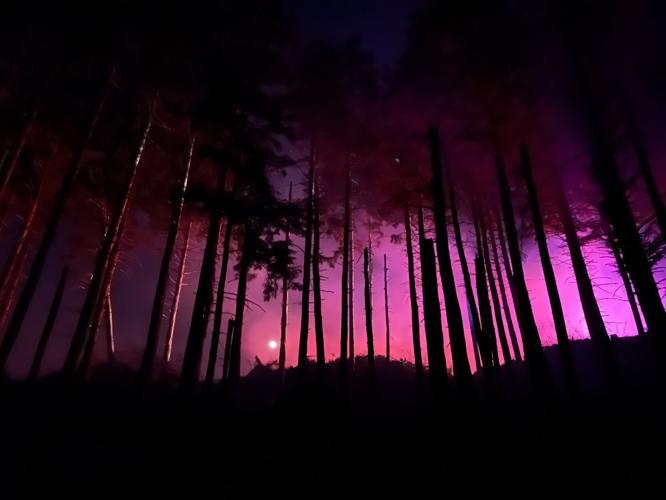 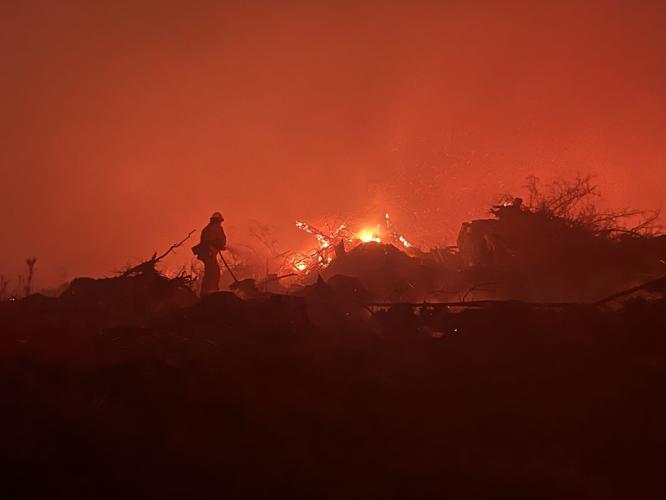 Firefighters from across the Clatsop County area battled a 20-acre wildfire on Tillamook Head Thursday evening and successfully contained the blaze overnight.

Crews had cleared the area as of 7 a.m. on Friday, Nov. 18, turning the scene back over to landowner Greenwood Resources and other contractors who have remained on scene to manage all remaining smoldering piles.

Emergency responders, including 13 response vehicles and approximately 40 personnel, from Cannon Beach, Gearhart, Warrenton, Astoria, Lewis & Clark, Olney-Walluski, Hamlet, Knappa, Nehalem, Elsie-Vinemaple and the Oregon Military Department supported Seaside in this second-alarm response. Mutual aid units were dismissed from the scene beginning around 2 a.m. and all units had cleared by 6:50 a.m. There were no reports of injuries.

On Thursday, Nov. 17 at 7:41 p.m. Seaside Fire & Rescue responded to a wildfire on Tillamook Head. Upon arrival, crews encountered a significant fire that quickly spread to 20 acres due to strong east winds in freshly-cut private timberlands owned by Greenwood Resources near Square Creek Quarry.

The blaze was located approximately 2.8 miles south of Seaside near the junction of Highway 101 and Highway 26. No evacuation orders were issued and no structures were damaged. The cause of the fire is attributed to slash piles that rekindled on the Greenwood property. The private timberlands are located outside the Seaside Rural Fire Protection District.

Fire conditions remain dangerous due to dry east winds. The Oregon Department of Forestry reports other active wildfires in remote parts of Clatsop County. The public is asked to use extreme caution with camp fires or any slash burns being considered, especially in areas near structures or trees.

At approximately 7:41 p.m, Seaside Fire & Rescue responded to a report of a wildfire on Tillamook Head as the region experienced an east wind event.

At present, a gusty wind is pushing flames westward toward the ocean and crews are holding the fire to the logged area. A crew of approximately 40 firefighters working from 13 response vehicles are stationed along logging roads, monitoring and extinguishing spot fires that extend beyond the containment area.

Crews from Cannon Beach, Gearhart, Warrenton, Astoria, Lewis & Clark, Olney-Walluski, Hamlet, Knappa, Nehalem, Elsie-Vinemaple and the Oregon Military Department are supporting Seaside in this second-alarm response, which is expected to last through the night.

Despite cool air temperatures and the current containment, fire conditions remain dangerous. The active blaze is approximately 2.8 miles south of Seaside near the junction of Highway 101 and Highway 26.

Authorities are asking the public to remain in place and avoid the area. Further updates will be shared as needed and if circumstances change.

If Donald Trump gets the republican nomination for president, will you vote for him?

Update: Law enforcement says be on the look out for known Felon

Update: Law enforcement says be on the look out for known Felon

We're always interested in hearing about news in our community. Send us your news, photos, and videos and let us know what's going on!