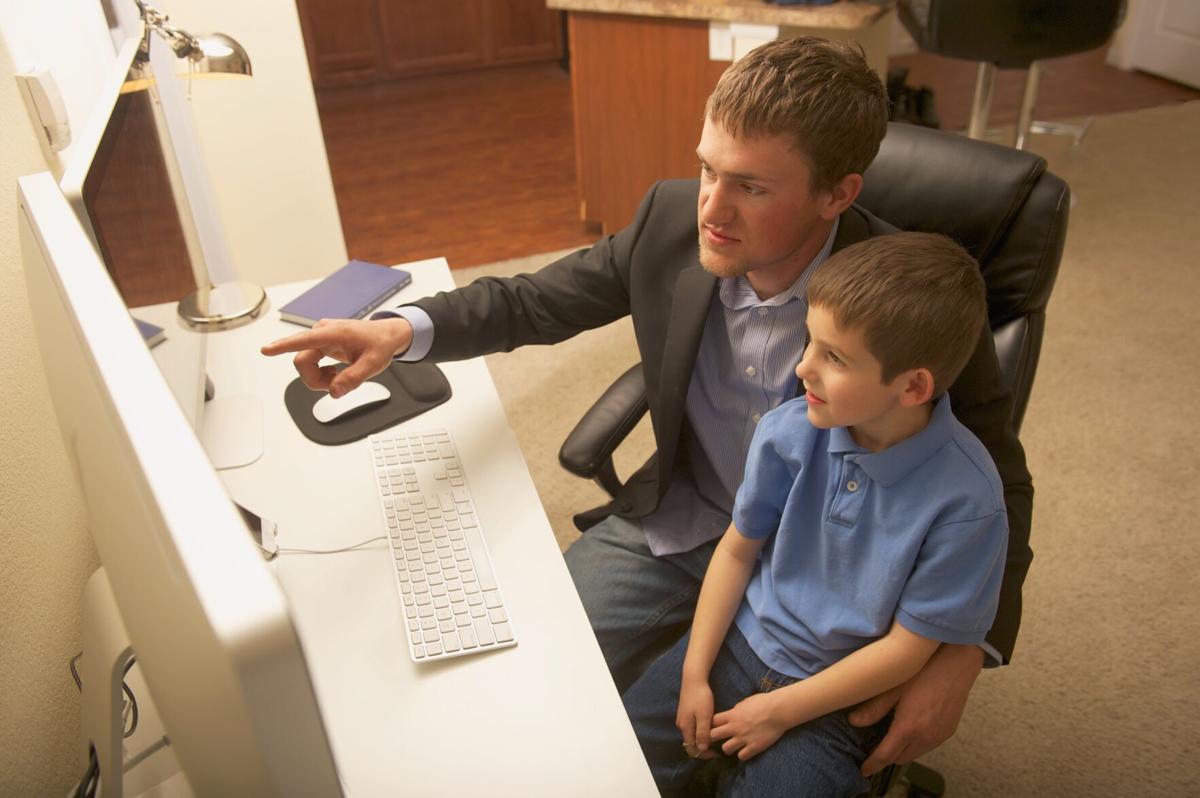 Parents have high labor force participation rates, with the vast majority in the labor force and employed. For Oregon parents, working is the norm, according to the Oregon Employment Department study. 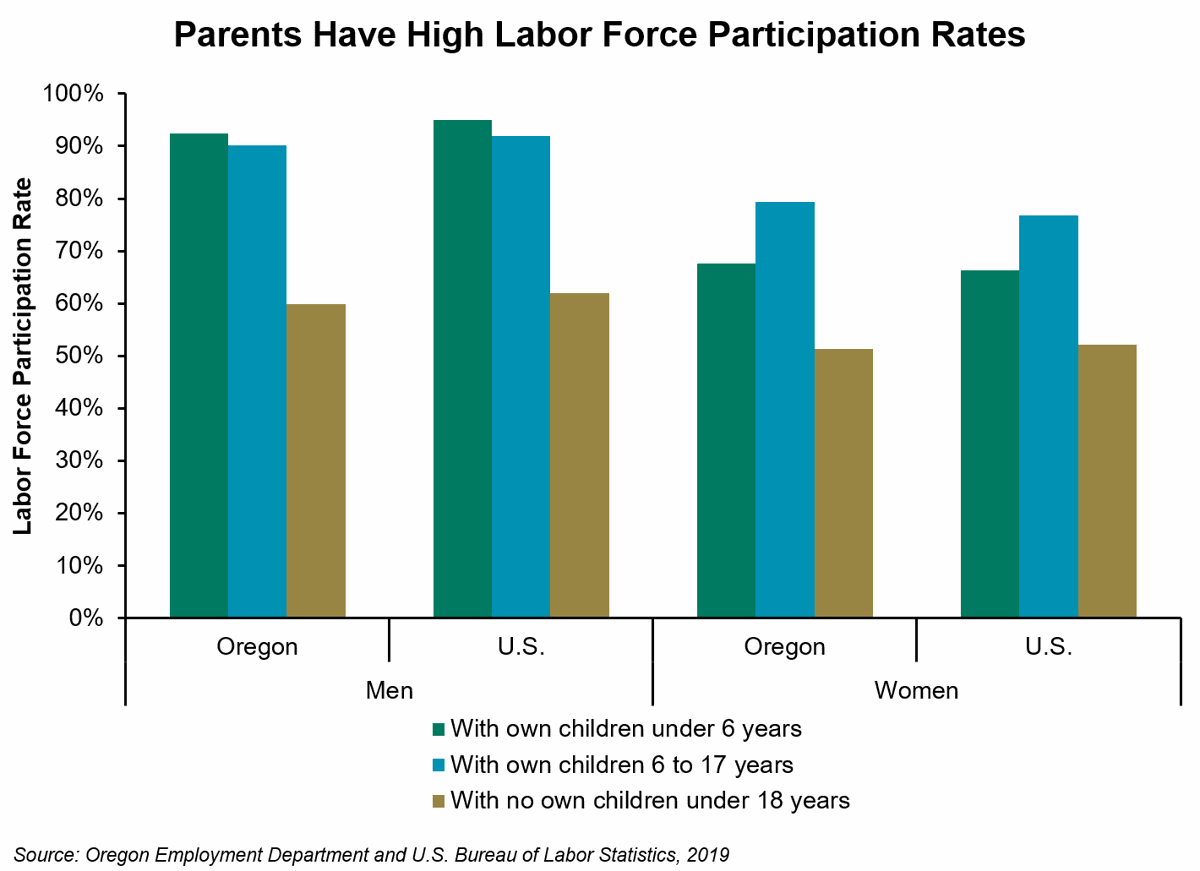 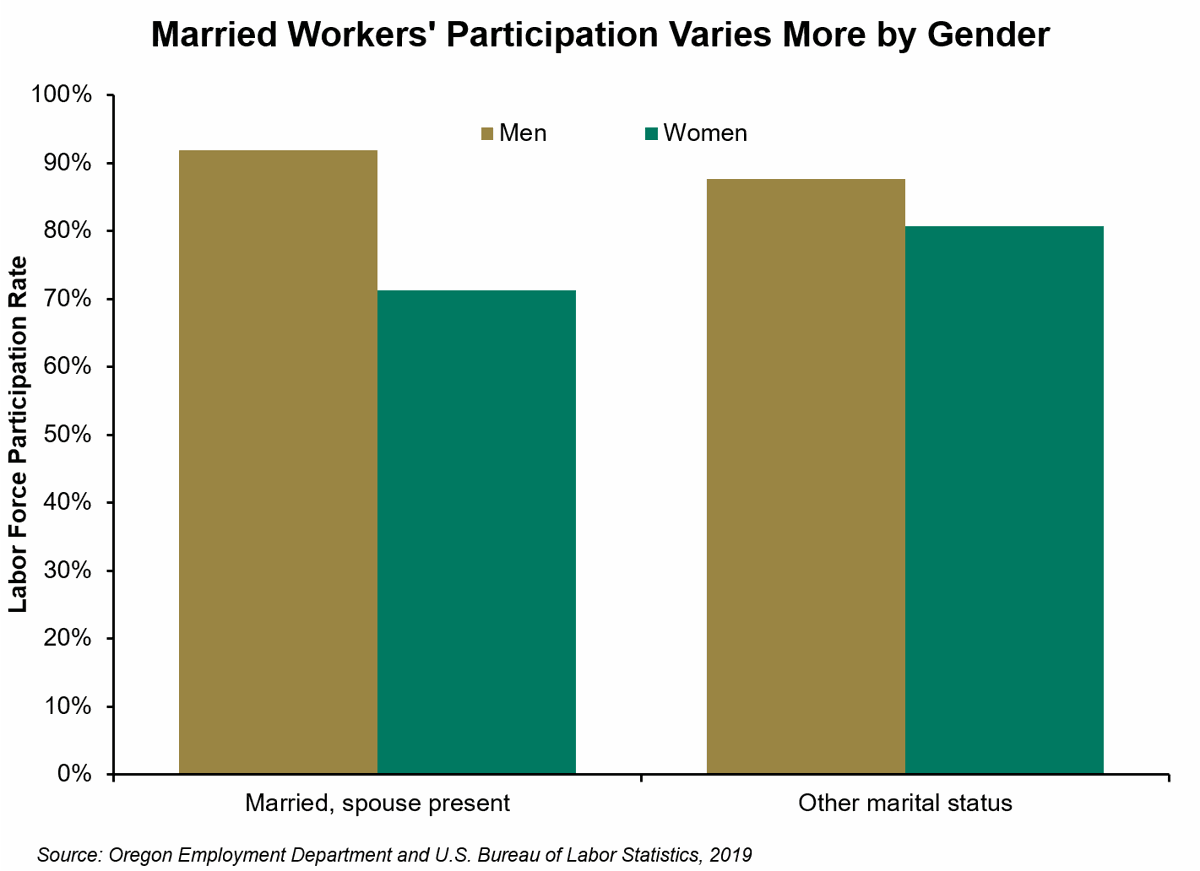 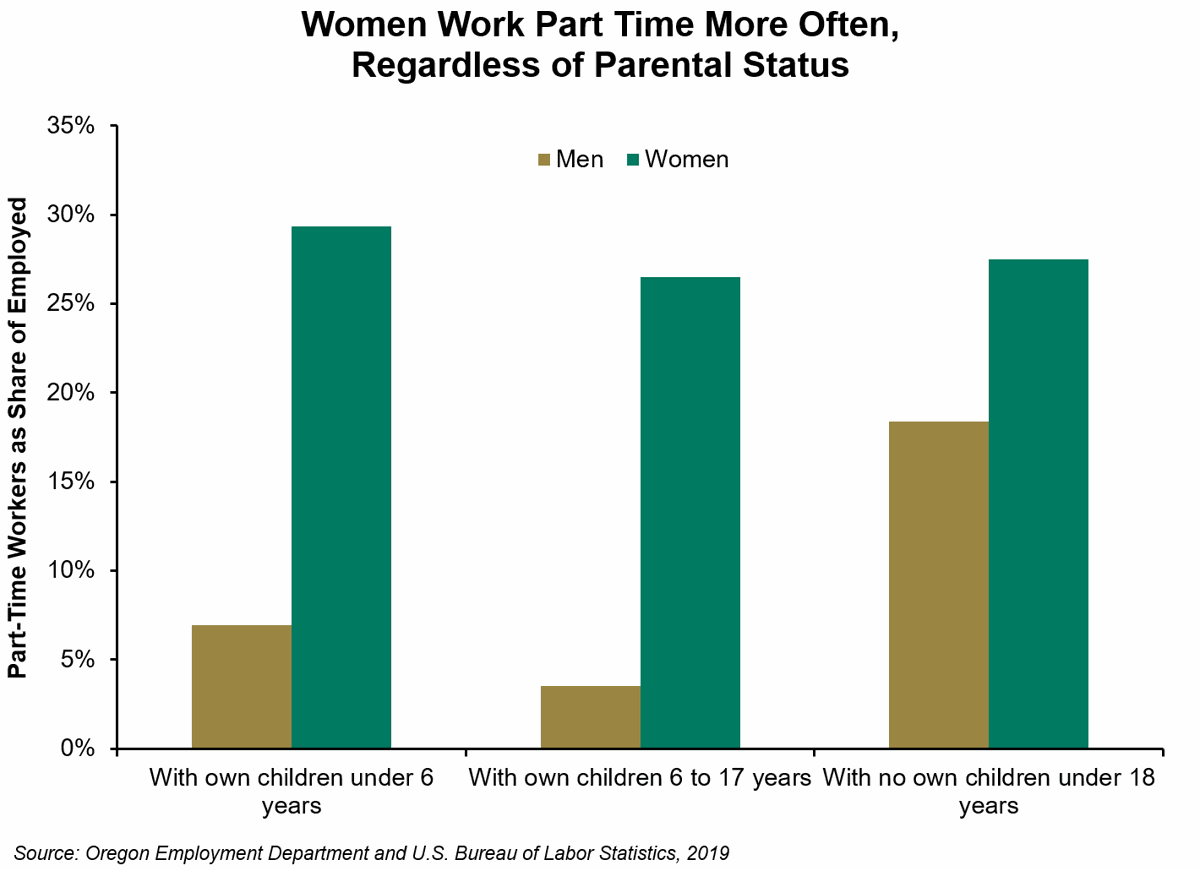 Parents have high labor force participation rates, with the vast majority in the labor force and employed. For Oregon parents, working is the norm, according to the Oregon Employment Department study.

The COVID-19 recession is affecting workers and businesses around the state, but perhaps none more so than working parents, who have had their routines and their children’s routines interrupted by school closures and reduced availability of childcare outside of the home.

Oregon’s largest school districts have recently announced that in-person schooling will resume in early 2021. There are no easy or obvious answers amid this fundamental shift back toward the home, and families and communities are using many different strategies to cope during this time.

Labor force participation varies depending on several factors. In addition to the age of the kids waiting for dinner at home and a worker’s gender, there’s the effect of marital status. Of Oregon’s 652,000 working parents, 507,000 – the vast majority – are married, with a spouse present. Another 145,000 have another marital status, which includes those never married, married with spouse absent, divorced, separated or widowed.

Once again, for people without children under the age of 18, the employment experiences of the genders are more similar. In this group, 18 percent of men and 27 of women work part time.

The COVID-19 recession has introduced new challenges for Oregon’s working parents, as they navigate and adjust to changes in schooling and at work. Some startling numbers are emerging about the situation for women in particular. The federal Bureau of Labor Statistics reported that across the nation 865,000 women ages 20 and over dropped out of the labor force in September 2020 – four times more than the number of men who left the labor force.

In coming months, we’ll learn more about how parents have been affected by recent changes. Workers continue to retire during this period as well, so the labor force changes can’t all be attributed to changes in the demands of parenting in the pandemic. The national labor force has lost 1.5 million men and 2.5 million women since September 2019. It remains to be seen how many labor force departures and job losses are permanent and how many will return as the COVID-19 crisis eases.

Jessica Nelson is an economist with the Oregon Employment Department. She may be reached at jessica.r.nelson@oregon.gov,or at 800-262-3912, Ext 71276.