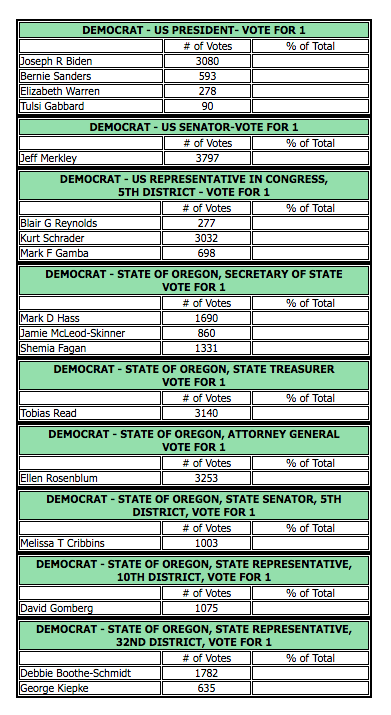 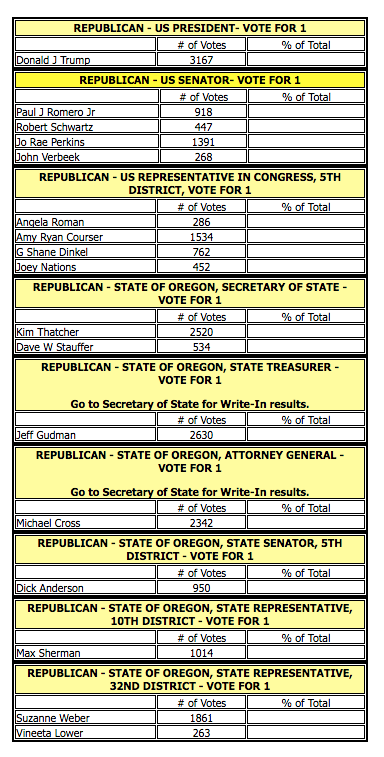 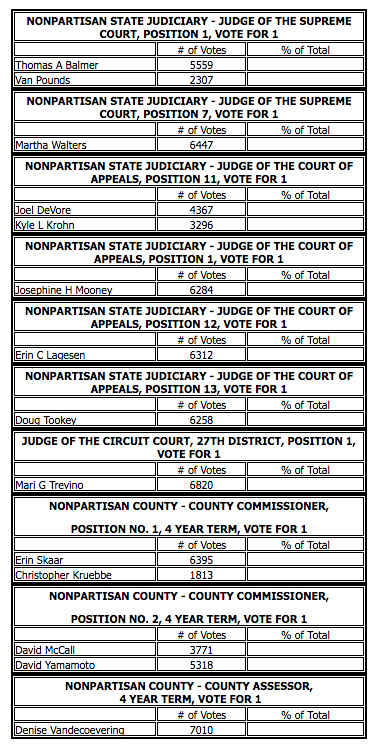 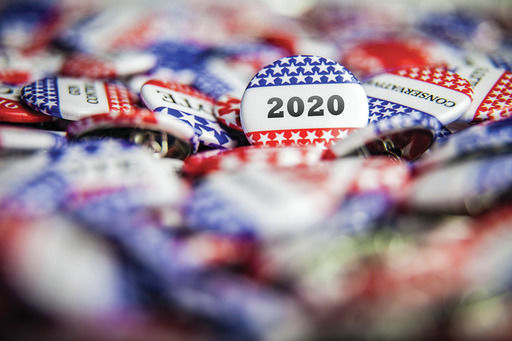 The Tillamook County the county commissioner races were decided in the primary election with the winners garnering a majority of the votes, so no runoff will take place.

Incumbent David Yamamoto received 5,318 votes, his challenger David McCall got 3,771 votes.  Yamamoto will retain his seat on the commission and Skaar will take over Jan. 1 2021 after being sworn in.

County commissioners will certify the results within 20 days. As of Wednesday, May 20, at 12:55 a.m., voter turnout for Tillamook County was 49.04 percent with 9,872 total number voting.

For US Senator on the republican side, Jo Rae Perkins edged out Paul J. Romero Jr with 148,040 votes or 48.98%. The democrats will send incumbent Jeff Merkley to the general election with 482,124 votes. Merely ran in the primary unopposed.

Democrats are sending Suzanne Bonamici, who garnered 77,906 votes to the general election in the US Representative 1st District. She will face Christopher C. Christensen, republican who received 18,766 votes.

Earl Blumenauer got the nod in the US Representative 3rd District race with121,758 votes. He will face republican challenger Joanna Harbour who got 17,482 votes.

In the US Representative 4th district Peter Defazio will face Alex Skarlatos in the general election in November.

Incumbent democrat Kurt Schrader running in the US Representative 5th District, received 70.54% of the vote and will face republican Amy Ryan Courser who got 52.55% of the vote.

What is your favorite Summer activity?

View the 6-4-20 E-Edition for The North Coast Citizen here!