An Oregon land use policy creates a large economic value for some private homeowners who are allowed to protect their shoreline against erosion, according to a new Oregon State University study.

The research directly informs policy on a contentious issue on the Oregon coast – the tradeoff between a homeowner’s ability to protect their private property and public access to Oregon’s beaches, said Steven Dundas, corresponding author and economist in OSU’s College of Agricultural Sciences and Coastal Oregon Marine Experiment Station.

The study, published in the Journal of the Association of Environmental and Resource Economists, also comes at a time when the future of coastal management in Oregon is up for discussion given the threats of sea-level rise due to climate change.

Oregon’s Statewide Land Use Planning Goals inform mandatory and comprehensive land-use plans at the local level. Goal 18 sets rules for protecting beaches and dunes from development and reducing impacts from natural hazards, including a prohibition on “armoring” private property. Armoring the shoreline with sloped structures composed of large rocks slows down erosion on that property – but it has potential to change sediment flows, redirects wave action, and disrupts recreation access and aesthetics.

Goal 18 exempts property from the restriction on shoreline armoring if it was developed or slated for development prior to Jan. 1, 1977.

Winter storms routinely generate large ocean waves off the Oregon Coast, making bluff and dune erosion a common and irreversible occurrence. At the time of the study, 49 percent of Oregon’s residential oceanfront property – 4,628 parcels — were eligible for armoring. Thirty-six percent were ineligible, and the remaining parcels were either state-owned or deemed undevelopable under other statutes.

“We found that vulnerable properties capitalize on this armoring option in a big way, Dundas said.

In their empirical analysis of the Oregon oceanfront housing market from 2004-2015, Dundas and co-author, OSU economist David Lewis, found that the option for armoring private property can increase the value of vulnerable properties by 13 percent to 22 percent, but doesn’t affect the value of properties that aren’t vulnerable.

“Given the large economic value that is attached to the option to armor oceanfront property, our results indicate that the oceanfront land market expects low elevation land on eroding shorelines to be vulnerable to serious damage without armoring,” Dundas said.

While Goal 18 is aimed at protecting coastal resources from overdevelopment, ineligible properties adjacent to eligible ones sell for 8% less due to the potential for increased damage from deflected wave action.

Dundas was a member of a focus group convened by the Oregon Department of Land Conservation and Development, which administers Goal 18. The focus group discussed the future of the policy during six public meetings in 2019 and submitted its final report in September.

Dundas and Lewis are faculty members in the Department of Applied Economics in OSU’s College of Agricultural Sciences.

Funding for the study was provided by the National Ocean and Atmospheric Association’s National Centers for Coastal Ocean Science Competitive Research Program, through its Cooperative Institutes Program. 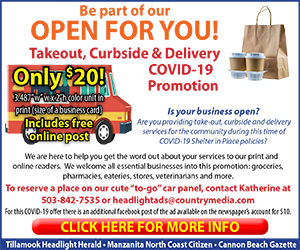