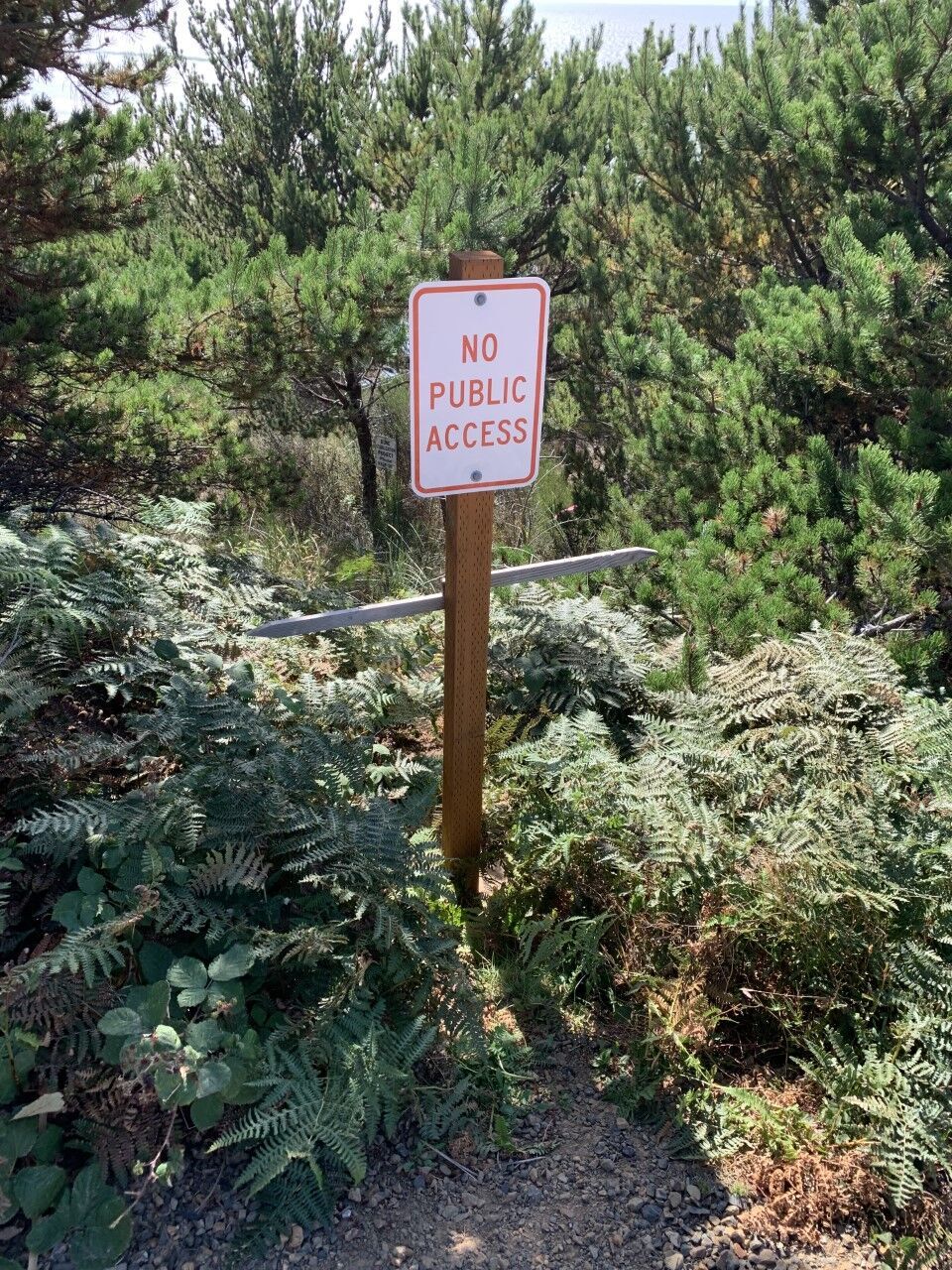 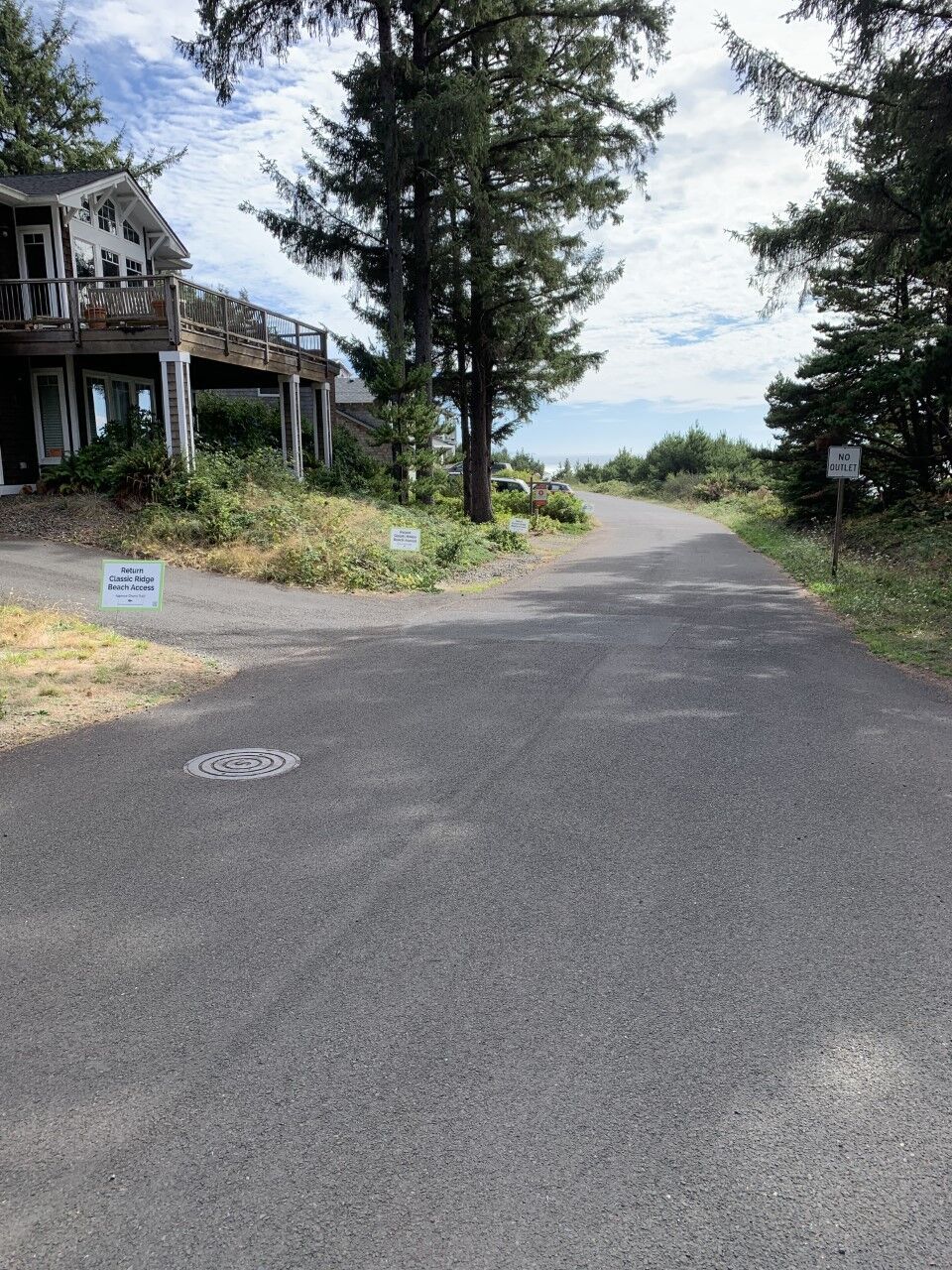 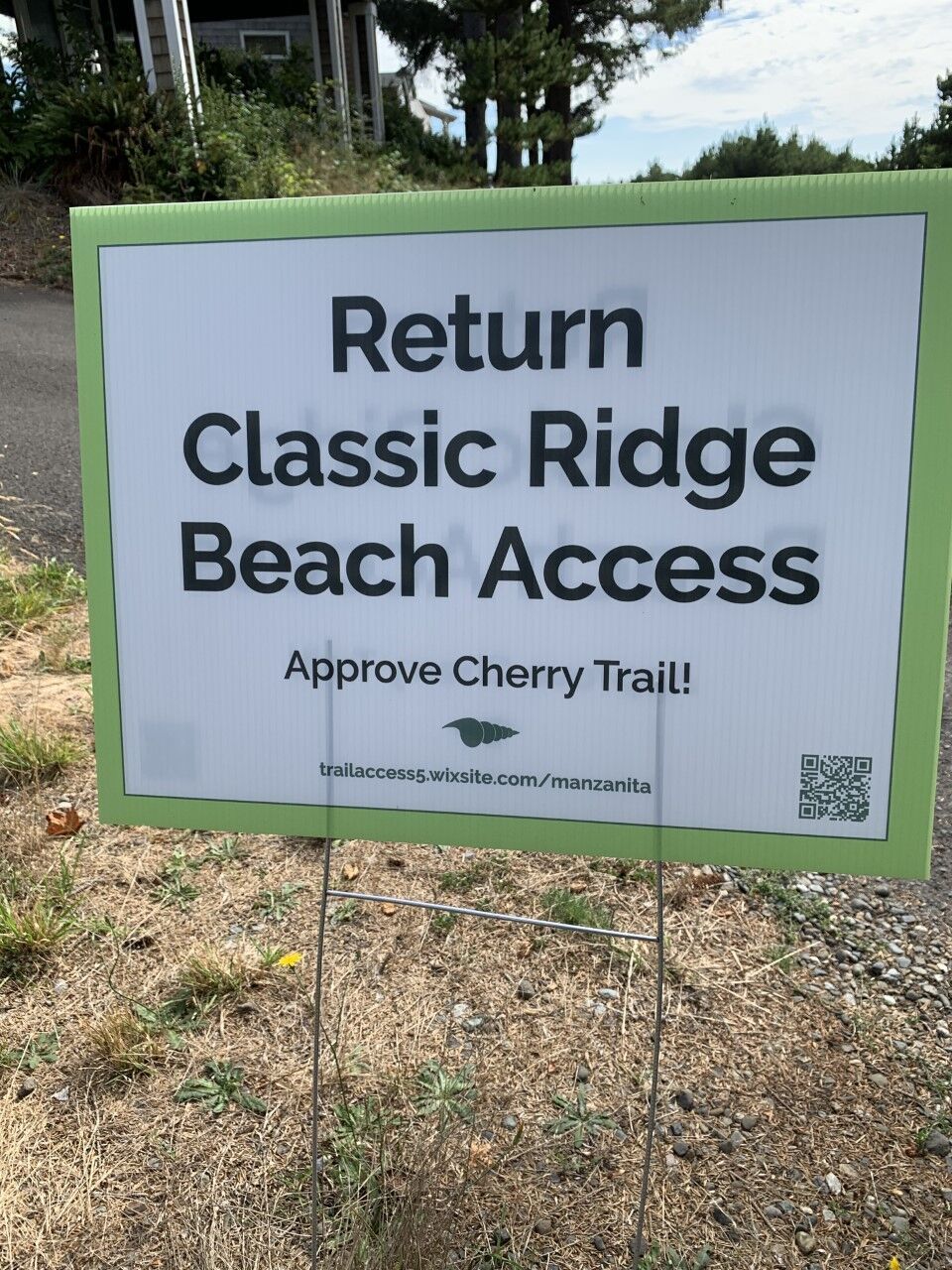 The Classic Ridge Trail Access Campaign (TAC) proposed and presented to the Manzanita City Council in May 2020 to permit use of a new public walking trail, the South Cherry Trail, where existing right-of-way exists from Cherry Street west to Ocean Road. The trail would be for walking and would provide beach access and an evacuation route for numerous residents of the Classic Ridge area.

The city had closed the public right-of-way at Ocean Way, south of Cherry to the beach.

“The fencing and blockage of all access to and from Classic Ridge to the beach on April 26, 2020 has caused extreme concern and hardship for those in Classic Ridge and an urgent solution is essential,” the proposal to the city stated.

Mayor Mike Scott had stated in a previous letter to the TAC that his hope would be that an answer and path forward could be developed no later than the first quarter of 2021.

The city had agreed in a special council meeting Jan. 14, 2021 to post no trespassing signs on the right-of-way to prevent a tort claim from a neighbor, Brian Rohter.

“We have always been aware of the platted Ocean Avenue adjacent to our property and support this right of way being used as a walking trail, provided that the appropriate planning and construction methods are used and a funded, ongoing maintenance plan is part of the project,” said Brian Rohter in a June 2020 meeting.

Rohter said he notified the city that he would be forced to file a notice of a tort claim should the city decline to post no access signs at the top and the bottom of the proposed trail.

"We took this action because some individuals insisted on using the right away as a path, even without any infrastructure, and the traffic on the sand dune had increased to the point that erosion was already occurring," Rohter said. "It seems prudent and reasonable to prohibit erosion causing foot traffic during the due diligence period while the conditions of construction are being considered. We were very pleased that we were able to work cooperatively with the city to avoid filing the tort claim."

Stan Myers, a resident of Classic Ridge, said the city has not moved forward on the trail. Several citizens voiced this concern during a city council meeting Sept. 8. Chris Robinson, who has a home on Cherry Street, said the residents had access to the beach for decades.

“Until the city blocked the access, we and our neighbors enjoyed that,” Robinson said. “I’m asking the city to work with us to establish a trail.”

Citizen Patrick Murphy said the concern is getting a timeframe and there has been proven historic use of the trail.

City Manager Leila Aman gave an update on the trail during the Sept. 8 meeting.

“There’s a lot of feelings and a lot of things that have happened with this project,” Aman said.

The city created a Master Trail Plan that includes the proposed South Cherry Trail. Aman said the city is intending to have a trail committee once the city has the capacity to manage it. Any trail that gets developed will go through the process that has been set up with the Master Trail Plan, which includes an appointment of a committee, the establishment of criteria, the evaluation of trails in response to that criteria, and prioritization based on the trail’s performance relative to those criteria, and the ability of funding.

“I’ll be working with the council to establish when that committee will be started,” Aman said.

Aman added that she would need at least six months to get the committee underway, as the city has other demanding priorities right now.

Residents in the Classic Ridge neighborhood have posted signs in their yards, supporting the trail. Myers said the citizens are asking for movement forward in the project and a reasonable timeline.

"What we and others in our neighborhood are asking for is simple—that the city follow the long-established state, county and city regulations that were put in place to protect this very steep and active foredune," Rohter said. "While we’re aware that some people are frustrated by the amount of time it can take to meet the requirements, we don’t believe that justifies short circuiting the process."

“While it is public right-of-way, it is extremely constrained,” Aman said. “There are a number of issues related to that.”

Aman said she shared these details with the technical advisory group and walked through those details.

There is an adjacent build going on a 1.4-acre sand dune next to the right-of-way, owned by citizen Randy Jertberg. Myers said Jertberg has agreed to an adjacent easement on his property to expand the width of the trail to make it less steep and easier to walk.

Myers said the campaign has agreed to fund the trail. He said they have all the solutions but no leader in the City of Manzanita, leaving citizens disappointed. Citizens who once were able to walk to the beach now have to drive.

Aman said there are a lot of things that need to be done to develop a trail, including dune management, a comprehensive storm water management plan and more. The Cherry Street Trail will be considered as part of the larger plan in the committee once it is formed.

Myers, Robinson, Murphy and over 100 other neighbors and supporters of the Cherry Trail proposal have waited over a year since the proposal was initiated for responses of other information needed by the city and for the development of a Master Trail Plan.

The group had provided a comprehensive proposal as requested by the city including involving a professional trail-building organization lead the build, addressed ADA issues, have arranged for a geotechnical report asking the city to provide scope for the report, and have replied to all questions by the city and agree to fund the entire project including ongoing maintenance, Myers said.

“This group can appreciate the other priorities the new city manager has and look forward to working with her on the solution to this beach access problem and are hoping that they can be represented in this new committee which will be appointed by the mayor,” Myers said.

What are your favorite Halloween traditions?

View the 10-7-21 E-Edition for The North Coast Citizen here!