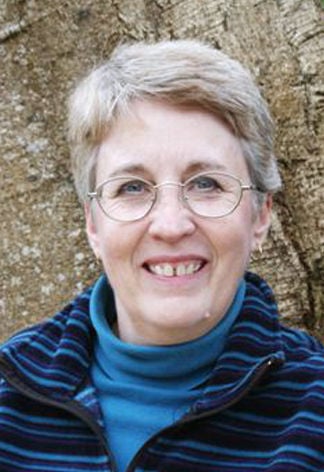 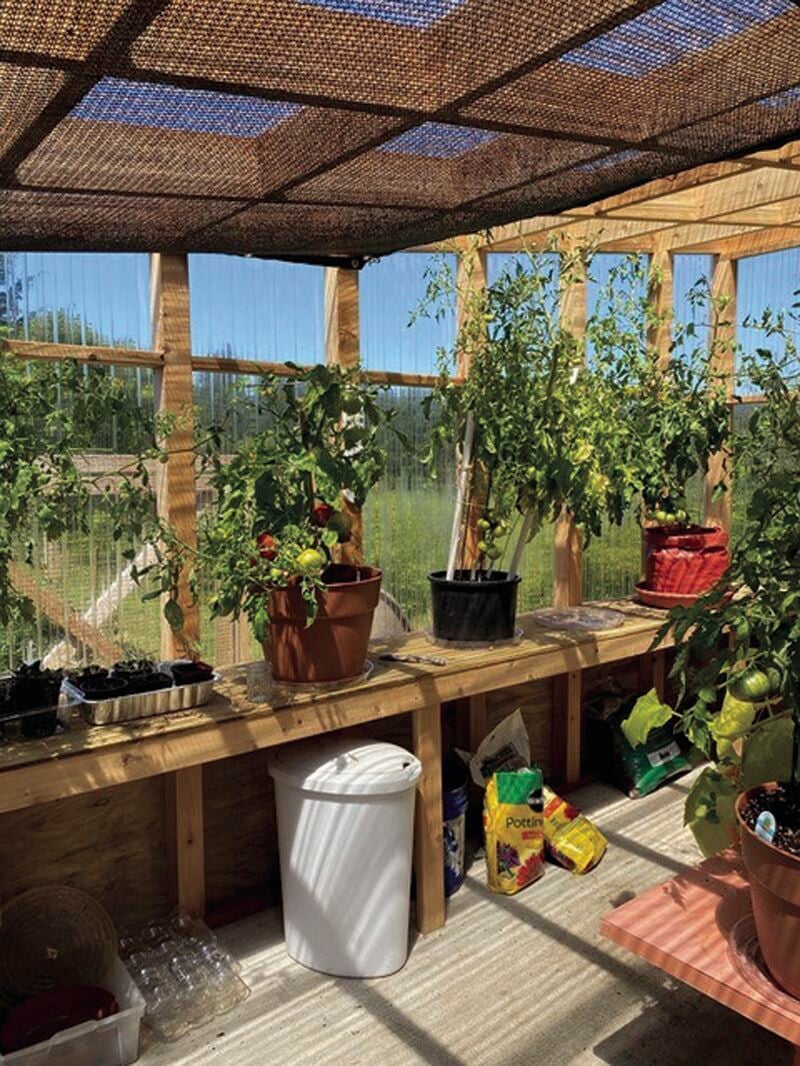 Greenhouses. I think there must be a shape and size for every gardener and every garden. As I page through my latest English Garden magazine, I can only long for one of the lovely English-type conservatories so often seen in British gardens. Ah, but those are more for looks that for working.

Greenhouses can come in kits that can be assembled by someone with a moderate knowledge of putting puzzles together. They can be large hoop houses like the one in the Master Gardener’s Learning Garden at the County Fairgrounds. Or they can be small enough to tuck into a corner of the yard. They can also be custom designed and built to fit your needs.

I spoke recently to my friend Janet who has recently had a working greenhouse installed in her yard. She was very forthcoming when I asked her all sorts of questions and even made the suggestion that greenhouses would make a good “Gardening Matters” column. I agreed!

Janet is not new to greenhouses as she had one in a previous home. She admits to making a lot of mistakes with that one and really did her research before having a custom one built at her new home. She not only did research, she visited greenhouses of several friends to see what tips she could use when designing her own.

First and foremost was location. Her old greenhouse had been up a long driveway, much too far from the house and garden. When I asked her if a sunny or shady location made the most sense, she quoted Goldilocks: Not too much sun, not too much shade, “It needs to be just right.” Becoming familiar with the sun’s path across the sky for an entire year can best help you decide where a greenhouse would be best located. They can be quite an investment so patience and research are a must.

And regardless of how much sun a greenhouse gets, be aware it will get hot inside. Janet turned to some clever English design in an automated venting system. It involves cylinders of bees’ wax! When the bees’ wax heats up in the sun, it triggers an automated opening of the vents. As the day cools and the bees’ wax cools with it, the vents automatically close. After a few years, the bees’ wax may lose its volume but the cylinders are easily replaced. Pretty clever in my book. And it saves Janet from having to visit the greenhouse twice or more in a day to open or close the vents.

Janet also installed a clever system for her shade cloth which needs to be pulled over the ceiling on very sunny and hot days. (See photo) Due to the greenhouse having a tall shed roof, instead of putting it on the outside as most are done, Janet has rigged up a shade cloth with gromets onto two wires, one at the top and one at the bottom of the inside roof levels. Because they are grommeted, they slide easily, like opening a curtain.

An exhaust fan is also a necessity as the warm air will have to be moved out of those vents to keep plants from withering. Janet has her fan on a thermostat which trips the fan when the temperature rises above 85 degrees.

Of course, the winds along the coast will be an issue as well, so the greenhouse should be placed in such a way as to not be affected with the summer north winds nor the winter south winds. This may be a harder spot to find than the sun/shade issue. Janet is lucky enough to have hers in a small courtyard which is protected year-round. Not all of us have that luxury, so any greenhouse will have to be well-anchored.

Janet chose a clear, ribbed, hard plastic for her windows instead of glass or plastic sheeting. She does feel that a smokey color might have kept the greenhouse cooler from the sun, but with her vent and fan system, that doesn’t seem to be an issue.

Janet also had bespoke benches made for her plants to grow. (I love the word “bespoke” – so very British – and it basically means custom-built.) They are a comfortable size for her to work on and go around three sides of the greenhouse. The fourth side is the entrance and Janet has placed a dwarf Meyer lemon and a dwarf Satsuma orange tree on either side of the door. Janet’s greenhouse has a shed-type roof in that it is 12’ high at the entrance side and slopes down to a 6’ height at the opposite side. Still plenty tall for tomatoes and peppers to grown.

In fact, since the greenhouse was completed in March, Janet has had great success in growing tomatoes, peppers, and squash and will trying her hand at propagating shrubs this fall and winter when the veggies are done. Janet’s greenhouse is not a large one – she kept it small so it wouldn’t need a permit – but she sees it as already being one of her favorite spots in her yard.

“I may even move my easel in there this winter and try my hand at painting again,” Janet tells me. Sounds like reason enough for us all to have a greenhouse.