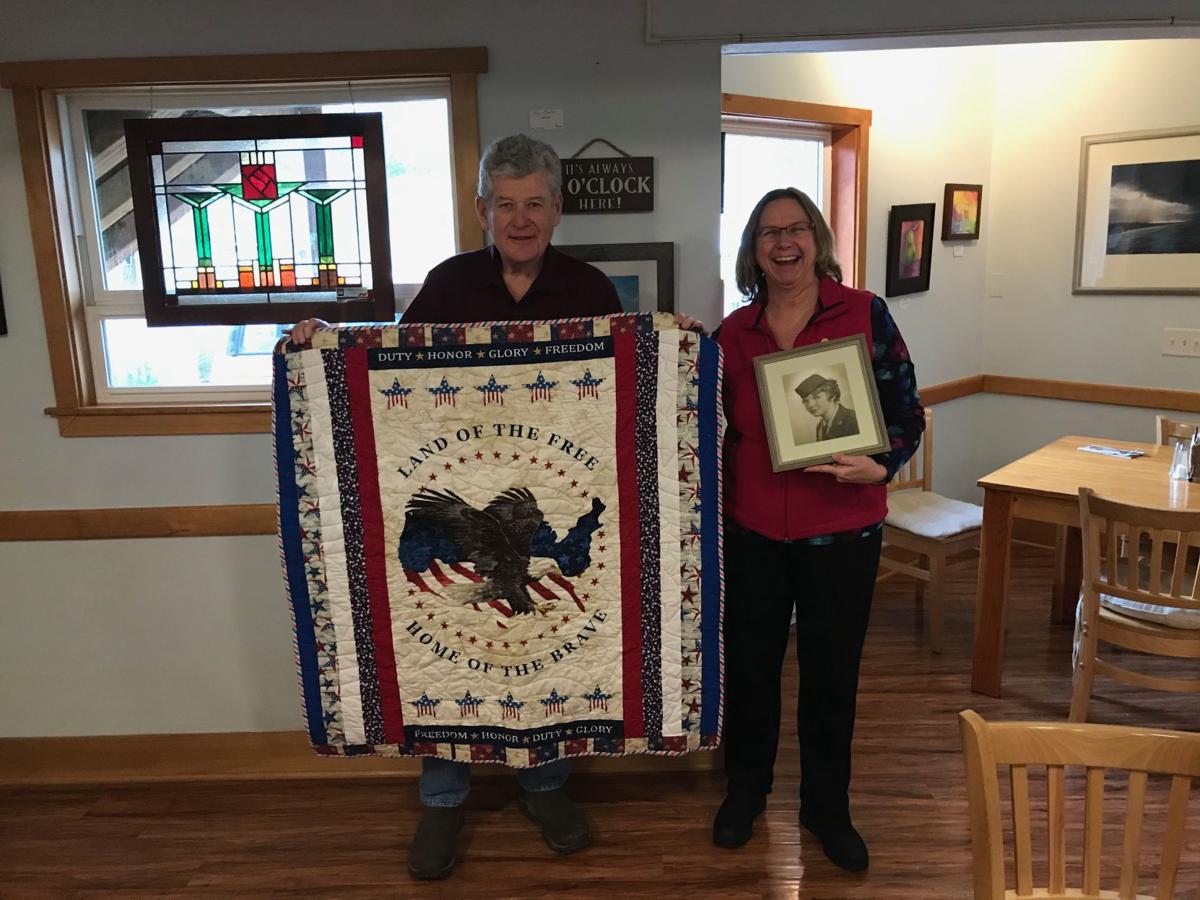 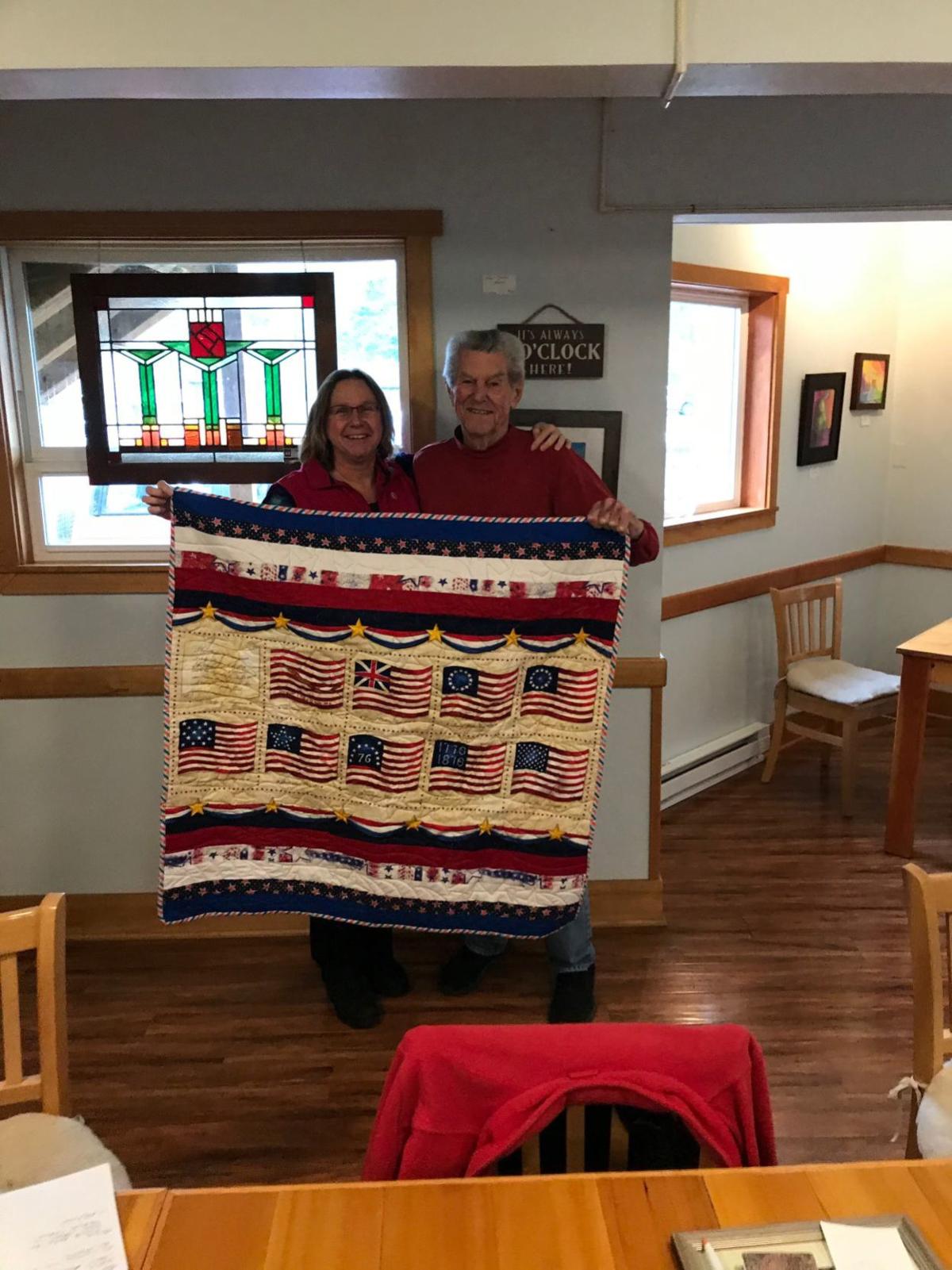 At the Feb. 13 Veterans for Peace meeting in Manzanita, two veterans were honored: Jack Ferris, a World War II recipient of the French Legion of Honor, and Mike Scott, a Vietnam veteran who served as a river boat officer in the Mekong Delta.

The men received hand-sewn quilts from Marie Hanson, a Veterans for Peace member.

Marie’s mother, Coni Phillips, who is 83, made the quilts as well as many others which have been given to other community members.

Phillips served on active duty in the U.S. Air Force from 1959 to 1961, and also worked as a civil servant for multiple government agencies including Rockwell International, NASA and the Federal Labor Commission. After her retirement she became reacquainted with her sewing machine and nurtured a love of quilt making. She has created over 100 quilts.

Despite her arthritis and bad vision, Phillips continues to enjoy designing with various materials, and the lovely quilts just keep coming. Her quilts live as far away as Scotland and Alaska and there are six close-by in the Pacific Northwest. She has four children, two grand-children, and five great-grandchildren. Both Jack and Mike were deeply appreciative of their quilts.