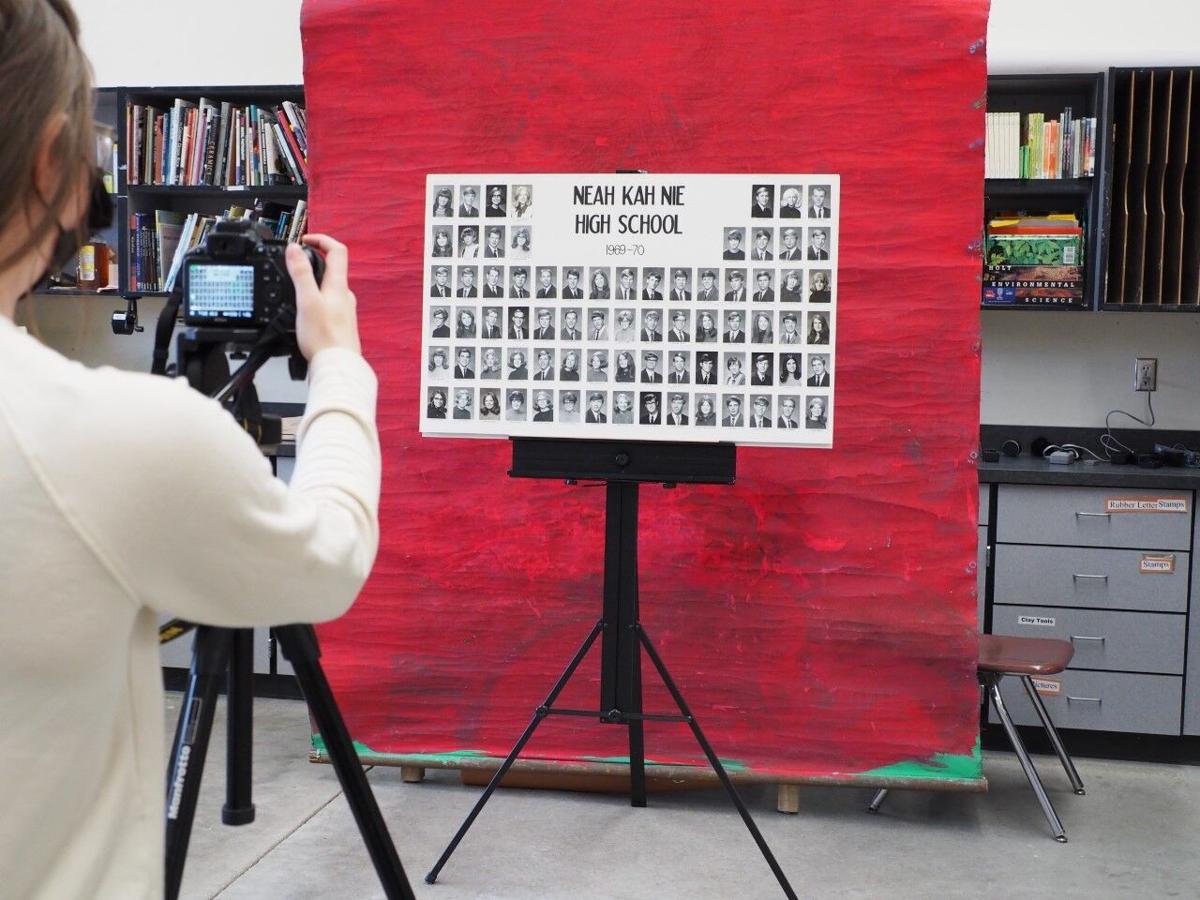 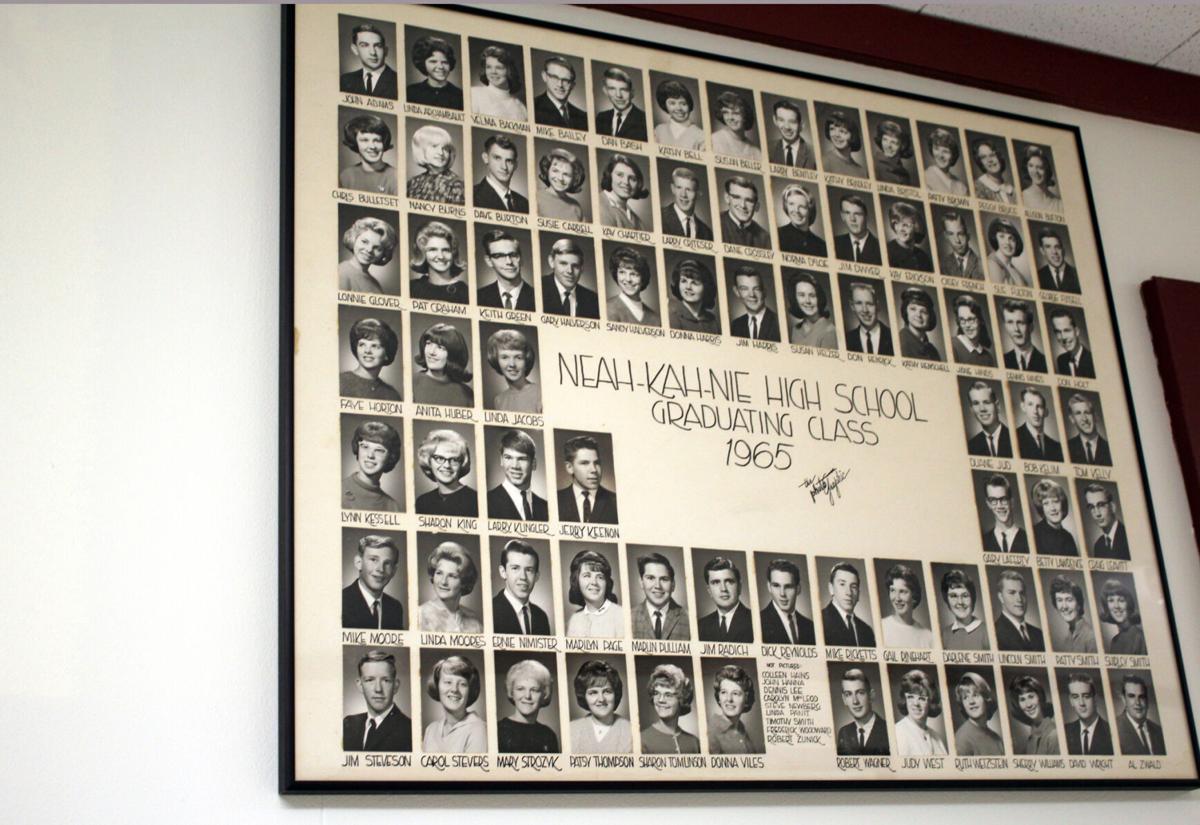 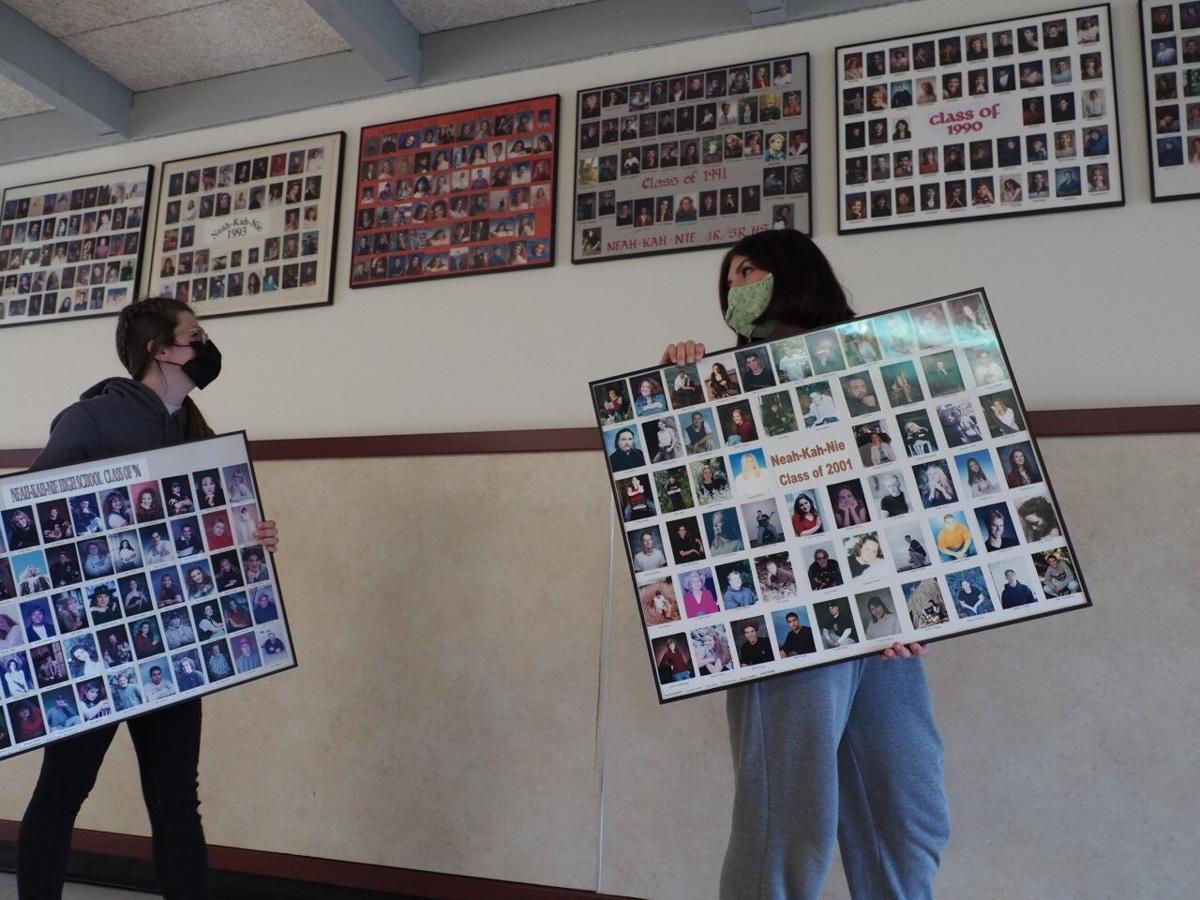 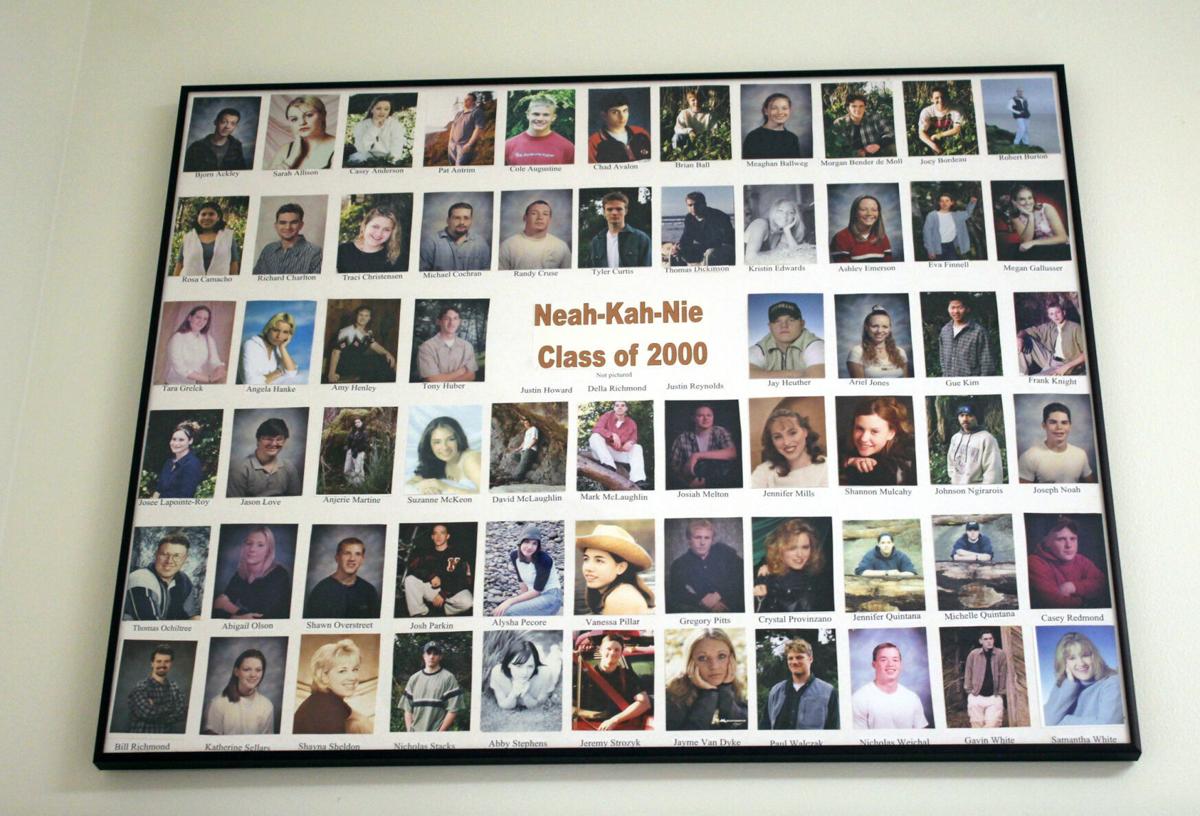 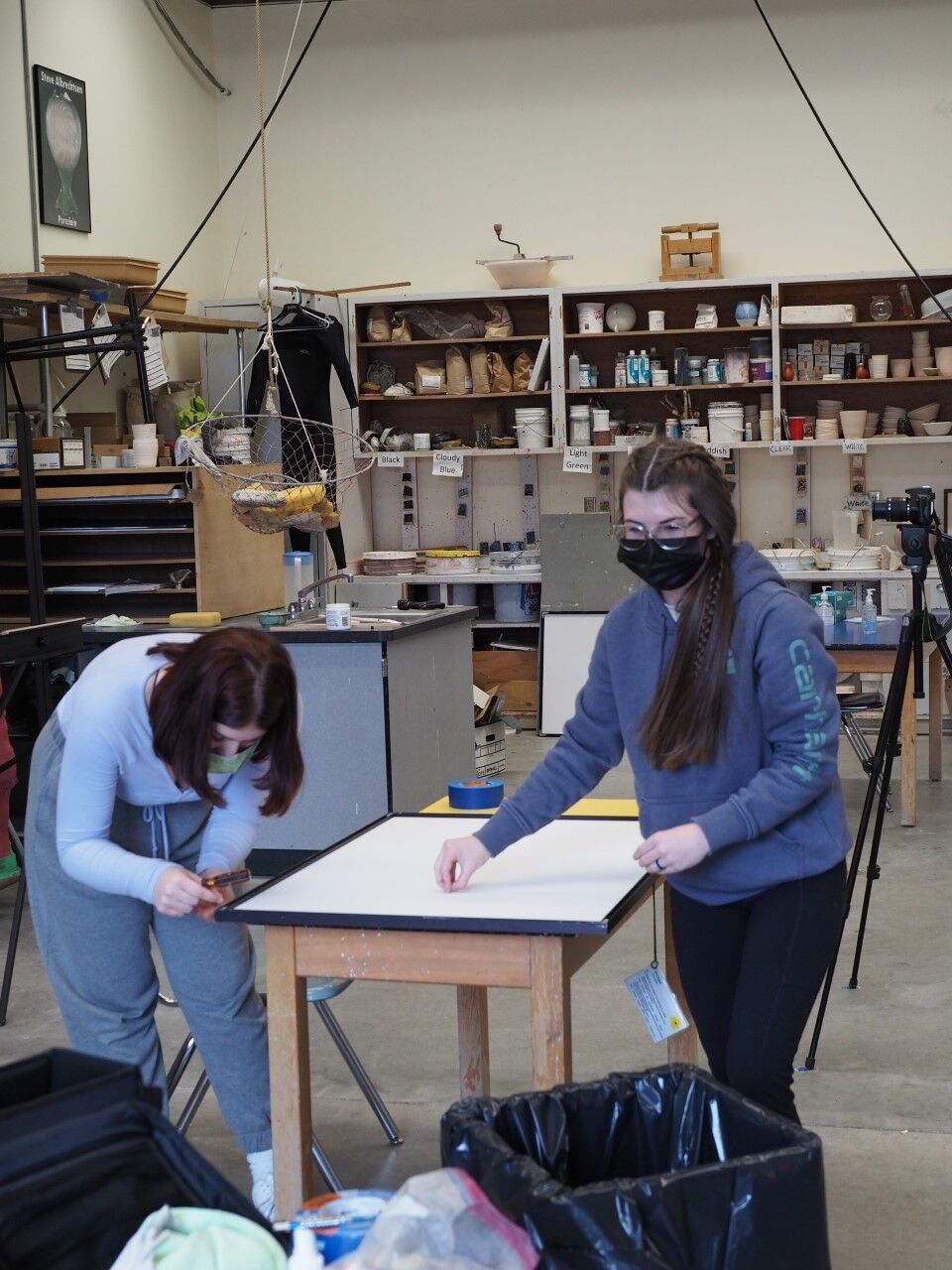 Neah-Kah-Nie School District Superintendent Paul Erlebach is in charge of the project. He said many of the class photos are not in good shape. The goal is to have all classes updated through the class of 2021 by the summer.

“A goal of the project is to update the class photos to 2020,” Erlebach said. “The project also includes digitizing all photos by the NKN High School photography class.”

Local framer Bonnie Lewis is helping with the project by fixing the photos or student names that have fallen down inside the current frames. Lewis is also responsible for hand lettering student names from class photos from 2013-2020.

Lewis will print the students’ names and use museum grade glass, with a wood, black frame. The mat board will include the Neah-Kah-Nie High school logo with “Class of 2020” in red or black letters using the high school’s logo style lettering. The framed photo will be delivered to the school by July 1.

Stacey Dills, Neah-Kah-Nie student services/special education director, is also a graduate of Neah-Kah-Nie High School. Her mother helped for many years to organize the class photos. Erlebach said her mother was the force in keeping the tradition alive.

Dills said updates on the school photos began last year. Her mom offered to help get the process started and Erlebach stepped in to help with the project. Dills said before 2012, her mom used to oversee the pictures being put together by the students.

“People love to come see their pictures on the wall,” Dills said.

Dills was in charge of doing her class photos when she was a senior in high school. She was also class president.

“I look at them all the time actually,” Dills said of the photos.

Secretary Delpha Corwin said teacher assistants were doing the newer class photos previously. These students were in charge of the class photos.

“It’s been an office T.A. that had some artistic ability,” Corwin said. “It takes a little bit of talent.”

Art/photography teacher Steve Albrechtsen is responsible for having his photography class digitize the photos. He said this project is a way to honor the students and keep the tradition alive. The current plan is to modernize the process and make one larger picture, taking individual photo files and putting it on one document.

“It’ll make for something that we can have a backup copy, which is great, and not have pictures fall down,” Albrechtsen said. “We’re going through bags of photos, digitizing those, trying to figure out if scanning them works best or taking a picture of the picture works best.”

The project includes a lot of outside project time for the class, Albrechtsen said. The students are now working on taking everything off the wall. All photos will be put on a larger website. Natalya Garrett is responsible for the Neah-Kah-Nie High School website, where the class photos will be located.

Erlebach said the photos are one of the core values of the school since the 1950s.

Mark McLaughlin, current math teacher and former student of Neah-Kah-Nie School, said the photos are a great memento of students’ time at the school.

“There’s a symbol of your presence here,” McLaughlin said.

Student Melanie Booth will be graduating in 2024 with her class photo on the wall.

“I think it’s a good idea,” Booth said of the project. “When you’re walking down the halls after you graduate with your kid or whatever, they’re in high school, you just look at the memories.”

Is it time for Gov. Brown to reopen the state and lift all restrictions, like California?