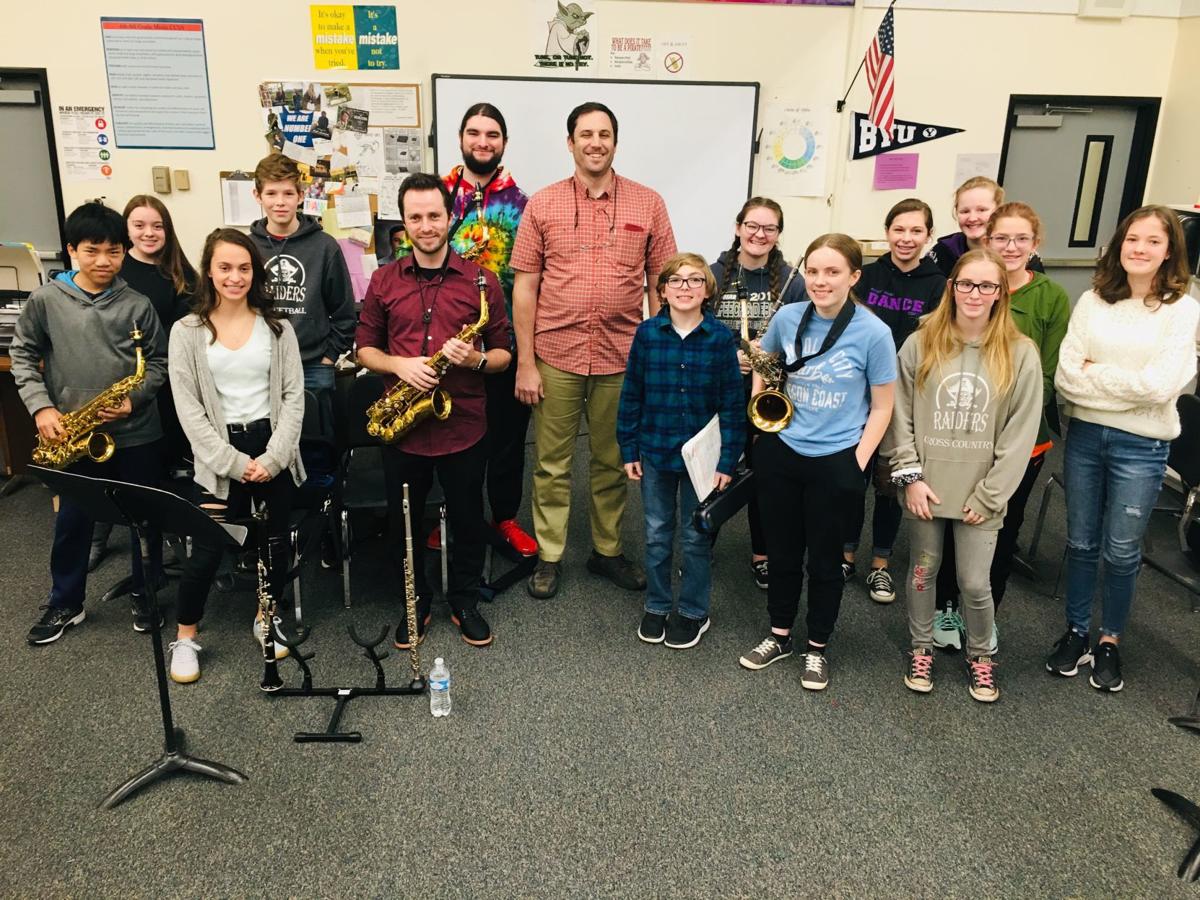 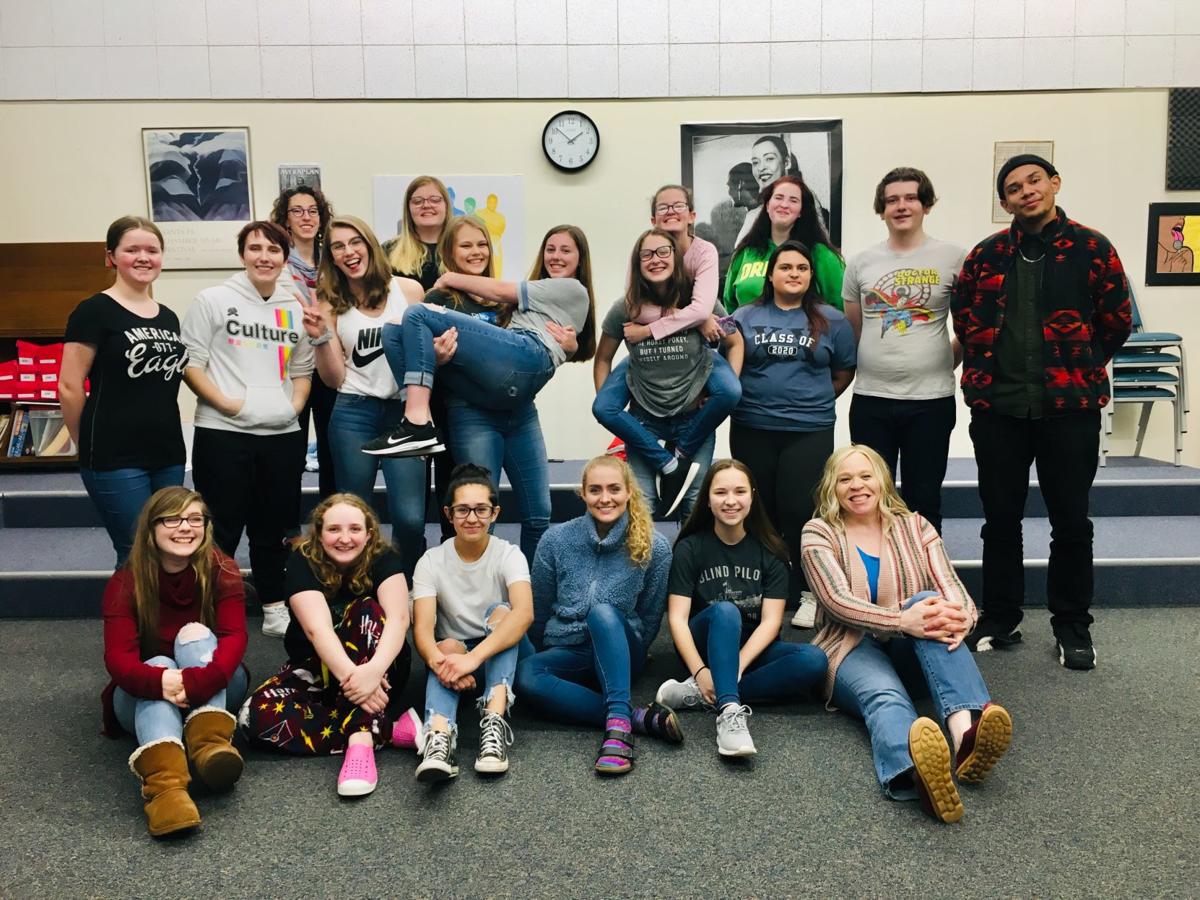 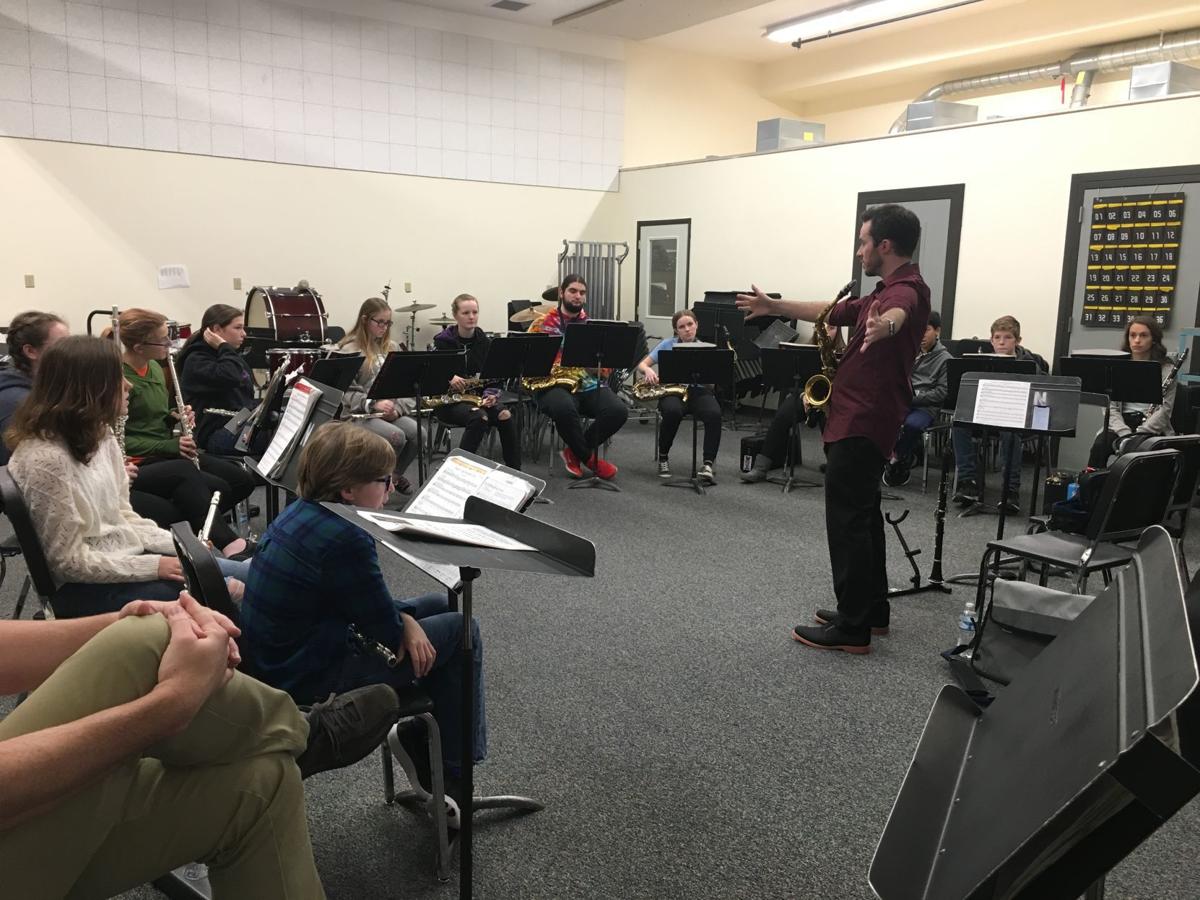 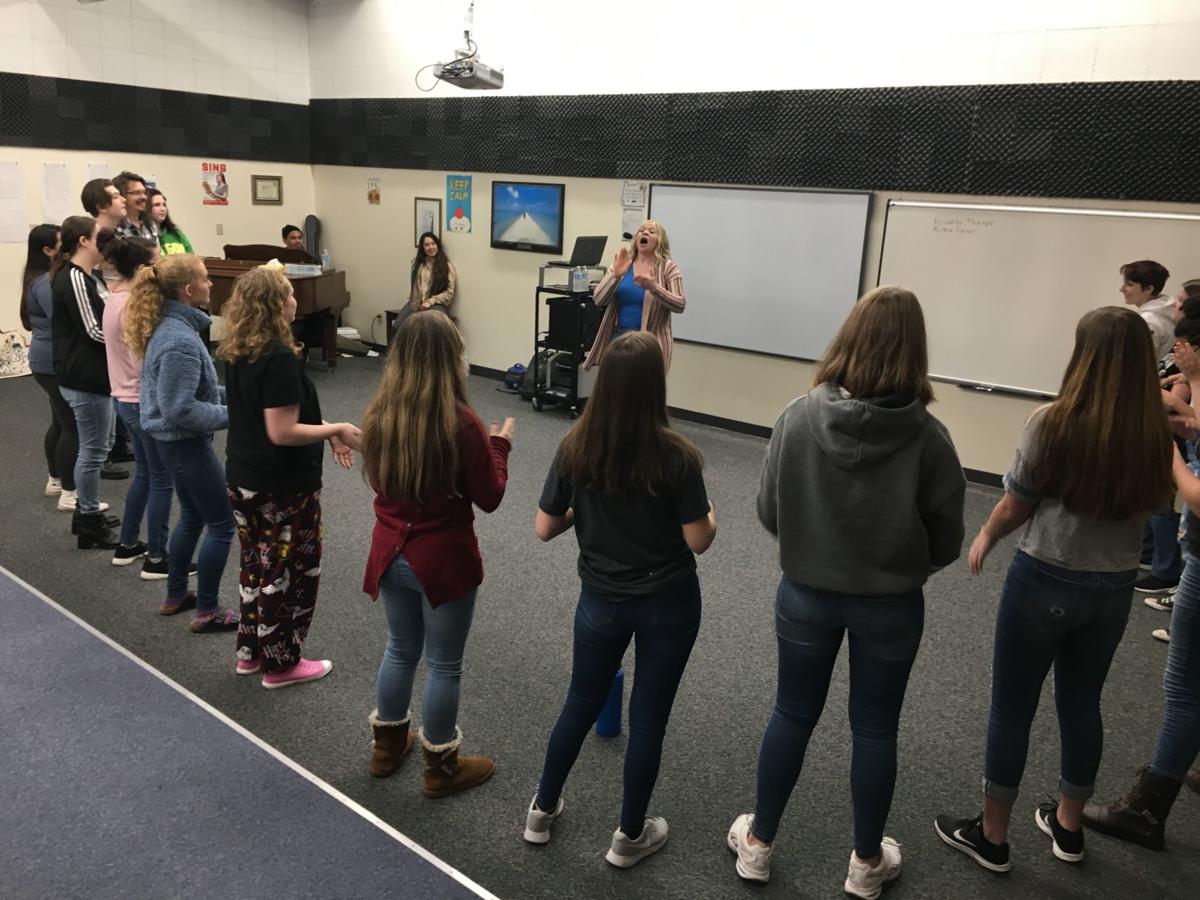 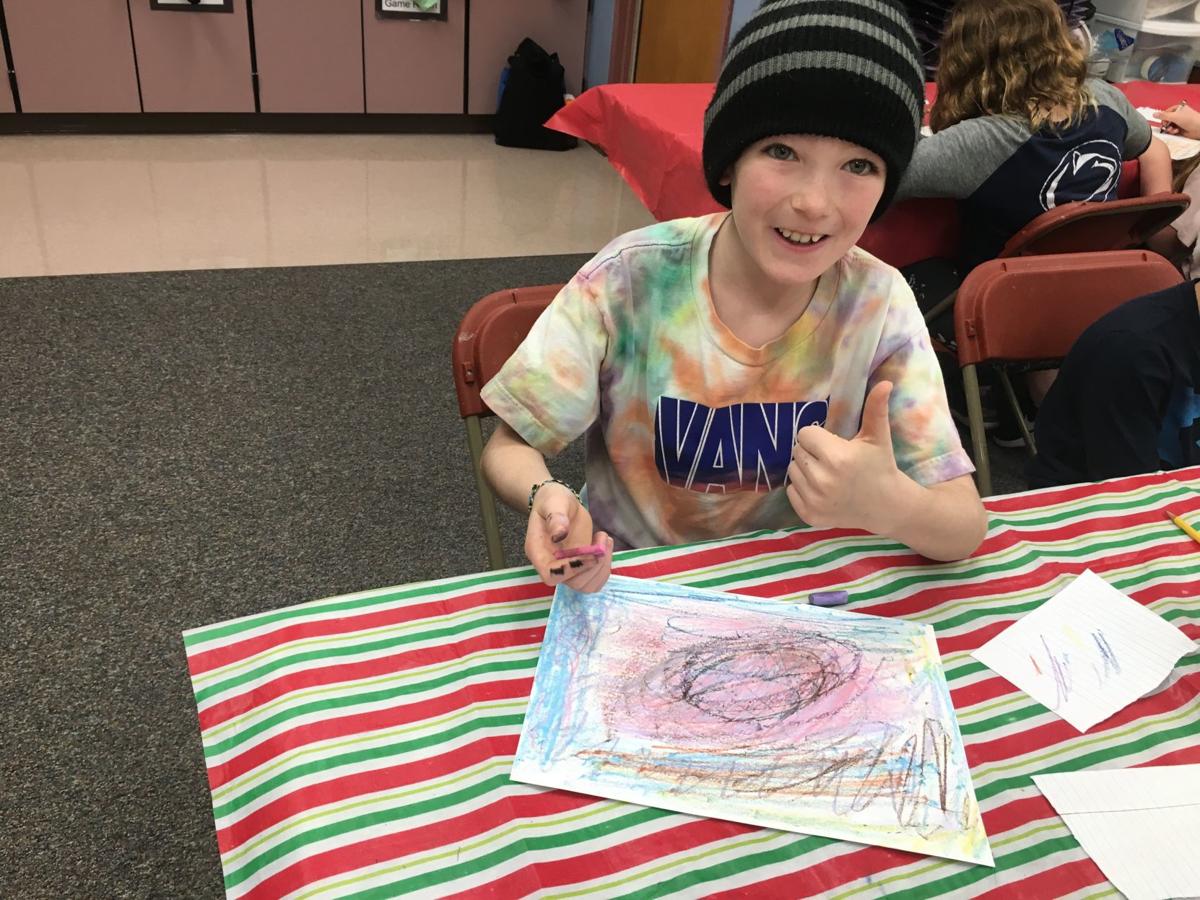 A smiling boy at Art Moms. 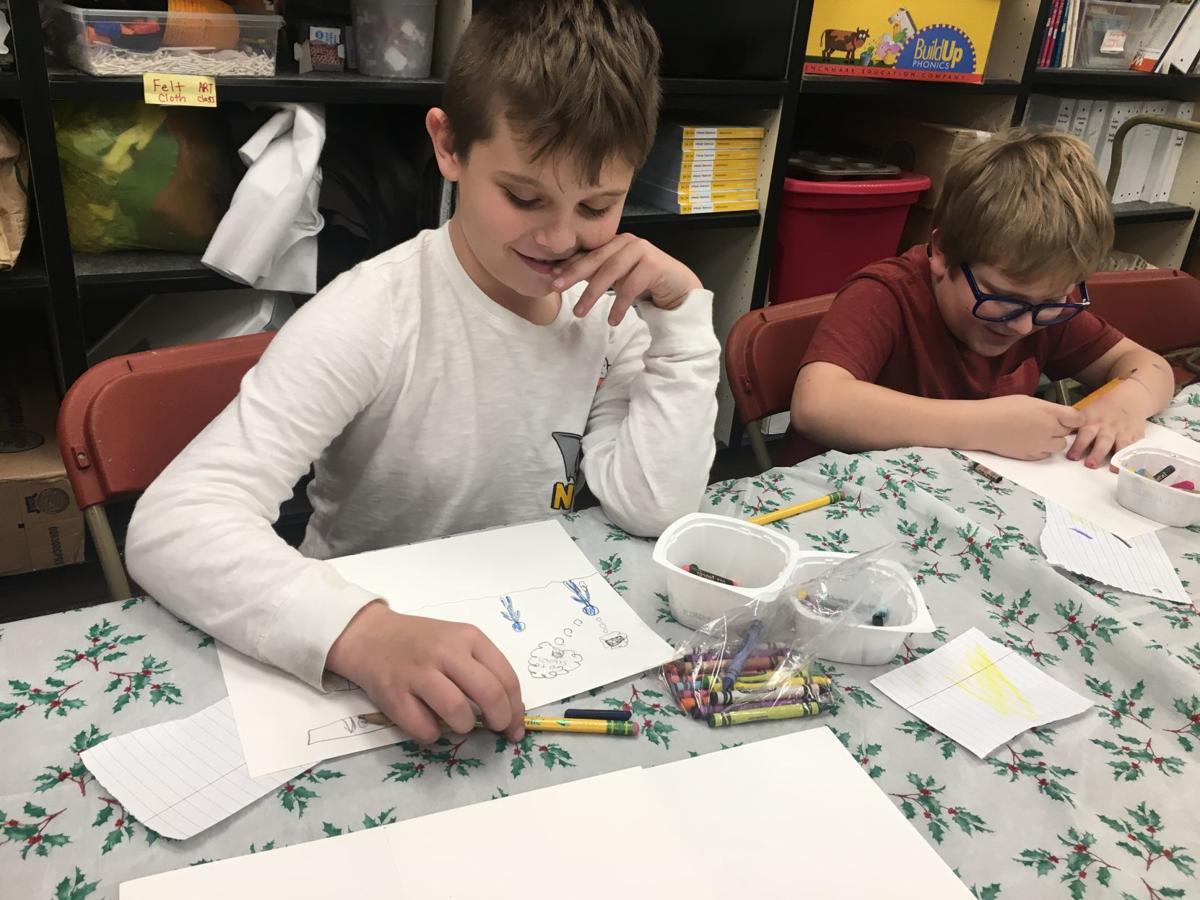 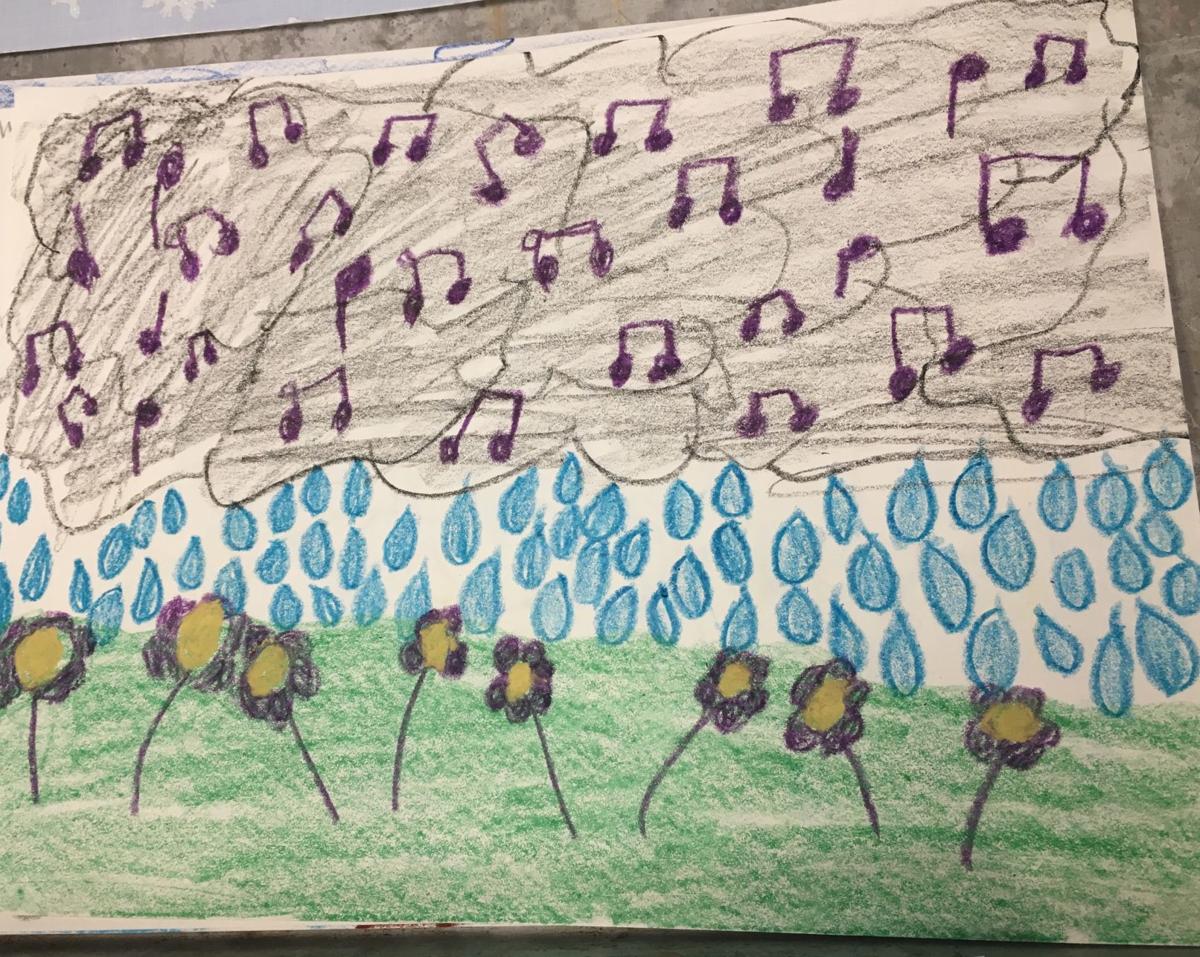 A drawing made to live music. 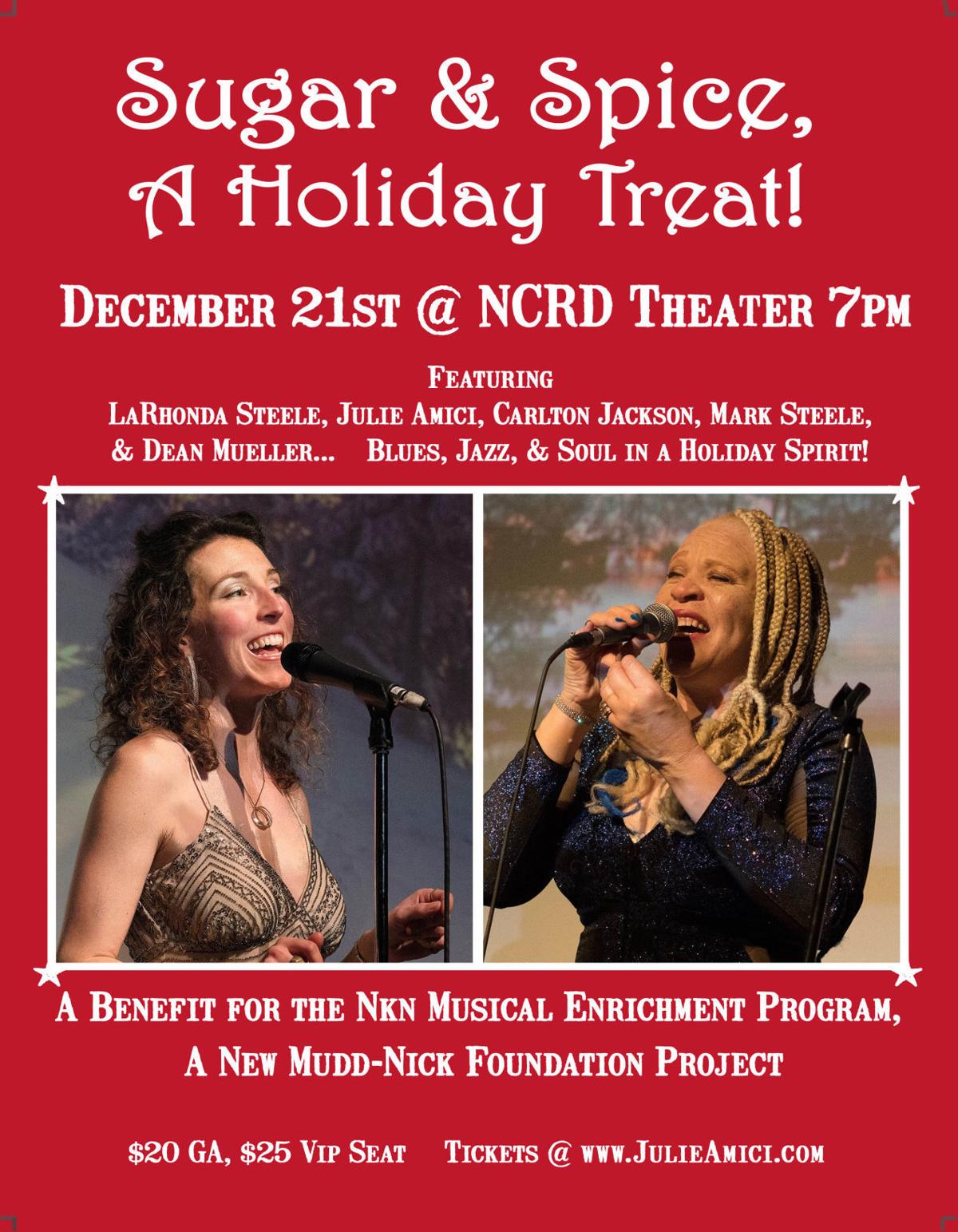 As part of a Musial Enrichment Program, a series of music workshops is being brought to Neah-Kah-Nie School District by the Mudd Nick Foundation.

The immense growth of school district's music program due to the direction of teachers Russell Zaugg and Michael Simpson has sparked the interest and hunger of the students for more opportunities, brining the District and the Foundation together to offer a series of workshops for middle and high school students.

Other supporters of the new program include The Ford Family Foundation, Oregon Community Foundation, and the Cascade Blues Association.

Multi-award-winning vocalist and choir director LaRhonda Steele hosted a special two-hour workshop for choir. Steele has spent her life performing blues, gospel, and soul. She has been featured at the Waterfront Blues Festival, Cathedral Park Jazz Festival, and many others.

Steele is the Interfaith Gospel Choir director and considered Portland's First Lady of the Blues. Her workshop is sponsored by the Cascade Blues Association, with the mission of keeping the blues alive. Steele covered the history of the blues and choir techniques such as call and response, using the entire body when performing, and how to solo as well as lead a choir, all based in blues song structure.

Internationally touring saxophone/woodwind artist, composer and instructor John Nastos hosted a special two-hour workshop for the band. Nastos studied at the Manhattan School of Music in NYC, toured with Grammy-winning artists Diane Schurr and Esperanza Spalding, has authored two books, and is on the faculty at Portland State University. Nastos worked on woodwind techniques including tone, style, scales, and a history of popular artists.

A total of 31 middle and high school students from the band and choir along with their directors participated in the workshops. A former local student who is now in Tillamook joined them.

The workshops were made possible by a collaboration of the Neah-Kah-Nie School District, the Mudd Nick Foundation, the Cascade Blues Association, and a grant from the Oregon Community Foundation as well as the work of local musicians Julie Amici & Dean Mueller. These workshops are free to the students. The District supplied transportation for students and included lunch.

Last year Neah-Kah-Nie Superintendent Paul Erlebach, who sits on the Mudd Nick Foundation advisory council, organized a workshop for the band on a grading day, a day that students had off, and felt this platform would be a successful one going forward to offer more learning opportunities.

On Dec. 4 and 6 through the Art Moms art classes, a draw-to-live music class was also held for kindergarten through fifth grade at Nehalem Elementary School. As part of the Musical Enrichment Program through Mudd Nick Foundation, Julie Amici and Dean Mueller visited the class and performed live music while the students expressed what they heard as art in color and shapes on paper.

There are more workshops scheduled for the future. On March 13, another grade day, there will be an improvisation workshop for the band hosted by Alan Jones from "AJAM" in Portland. For the choir, Grammy-nominated vocalist and songwriter Ellen Whyte will offer a three-day vocal performance clinic. There are more workshops scheduled for the spring and the content will be determined based on teacher and student feedback.

Keep it Clean. Please avoid obscene, vulgar, lewd, racist or sexually-oriented language.
PLEASE TURN OFF YOUR CAPS LOCK.
Don't Threaten. Threats of harming another person will not be tolerated.
Be Truthful. Don't knowingly lie about anyone or anything.
Be Nice. No racism, sexism or any sort of -ism that is degrading to another person.
Be Proactive. Use the 'Report' link on each comment to let us know of abusive posts.
Share with Us. We'd love to hear eyewitness accounts, the history behind an article.